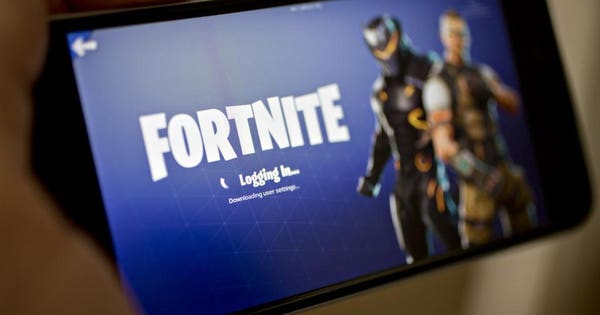 Serebral360° found a great read by Forbes – Entrepreneurs article, “Running A Company Is Easier Than Raising My 13-Year-Old Boy.”

I’m only two months into being a CEO, but so far it feels as though running a company is far easier than raising a teenaged boy. Perhaps it’s supposed to be this way. For those of you who are entrepreneurs—and who are also raising teenaged boys—I wonder if you feel the same.

After 25 years working for large organizations, this past January I went out on my own and started my first business.

For the past 16 years, I have also been a parent. The firstborn, a girl, came in 2003. The second child, our only boy, was born in 2005 and our third offspring was delivered in 2007. It’s been a rewarding decade-and-a-half—with the normal gong show moments of parenting—but it’s the most recent times with the boy that has got me thinking.

First, there is Fortnite. In my mind, Darren Sugg and the folks at Epic Games who designed this viral juggernaut of a cooperative online game are both friend and foe. Friend because they’re teaching boys how to work together and be collaborative. Foe because they have singlehandedly invented the electronic version of crack-cocaine.

I suppose if I had the type of focus (ahem, addiction) that my teenaged boy has for Fortnite I would have closed $5 million in business after two months.

While the boys may be able to focus their attention for hours at a time on Fortnite, motivating them to do anything different is an exercise in futility. It’s as though the tractor beam from the Death Star has locked them into all-Fortnite all-the-time defiance.

Unless of course, you set up Fortnite limits—as my wife and I have done as co-CEOs of our house—and then observe their attention shift to the mobile phone.

It’s like watching Bruce Lee’s nunchaku scenes from his films. Replace the nunchaku with a mobile phone, and you get the picture.

The best way to describe how the mobile phone has become another draw on the attention span of a teenaged boy is through a different film; this one titled “Pocket.”

If you want an incredibly fascinating and graphic insight into the life of a young teenaged boy—hooked on technology—watch this 17-minute short film starring Nickelodeon actor Mace Coronel.

The directors, Mishka Kornai and Zach Wechter, said this about Pocket. “Part of the initial impetus to make this film was the growing sense that each new generation seems to be changing so quickly because of the exponential acceleration of technological progress. Did you have Tinder in college? Did you have Snapchat in high school? Did you have Instagram in middle school? Differing answers to these questions represent markedly different life experiences and drastically different ways of growing up. None of that existed when we were in high school, and we started talking about what our experiences would have been like if it had.”

Pocket was shot vertically and is meant to be consumed on your mobile device. The lead character, Jake, played by Coronel, navigates the highs and lows of home, school and friends. It details in full not only his addiction to the mobile phone but how tethered it has become with his way of being.

He tries to use it to cheat on a test. Going through puberty and the normal emotions and changes that ensue with such a transition, Jake gets into awkward situations with girls, classmates, and his family.

At one point, Jake uses his phone to film a fight that is taking place on the school ground. Later he finds out that after his posting of the fight onto social media, the boy responsible for the fight was expelled by school officials. Jake caused the expulsion. Nonplussed, he moves on to the next photo in his Instagram stream.

The directors hold no punches either when it comes to the direct and open access to pornography. Its availability is unnerving, and his addiction is unwavering.

As the CEO of a new start-up, my days consist of thinking, wondering, planning, strategizing, conversing, writing, executing, and failing. I’m having a blast.

As a parent of a 13-year-old-boy, my time is spent educating, preventing, cajoling, supervising, talking, reprimanding, and helping. It is difficult work.

I love being a new CEO, but being the parent of that teenager is way harder right now.