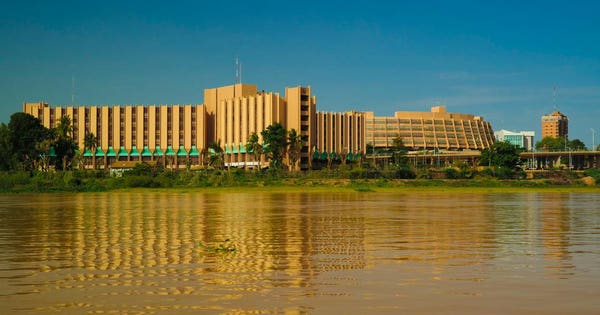 The hotel was officially launched late June during a ceremony that was attended by Niger’ Republic’s Minister of the Interior, Mohamed Bazoum and the Minister of Tourism, Ahmed Boto.

According to reports by Senegalese media, the new hotel was built at a cost of more than $32 million. It comprises 141 rooms including 123 standard rooms, 2 rooms for disabled guests, 10 executive rooms, 5 junior suites, and a prestige suite. The hotel also has a gourmet restaurant, a bar, three meeting rooms, a gym and parking.

Yerim Sow, one of Senegal’s most prosperous men, is the founder of the Teyliom Group, an investment company with an extensive portfolio that includes luxury hotels Radisson Blu Dakar, Noom, Seen and Yaas as well as a commercial bank, Bridge Bank. He also owns 7% of MTN Cote D’ Ivoire.