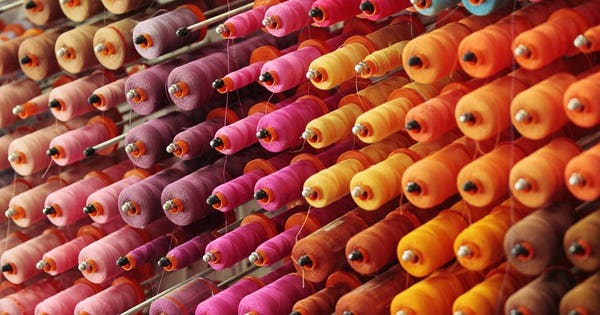 In the UK, in April 2016 the government introduced a higher minimum wage rate for all staff over 25 years of age inspired by the Living Wage campaign – even calling it the ‘national living wage’. However, the government’s ‘national living wage’ is not calculated according to what employees and their families need to live. Instead, it is based on a target to reach 60% of median earnings by 2020. Under current forecasts, this means a rise to less than £9 per hour by 2020. For under 25s, the minimum wage rates also take into account affordability for employers. The real Living Wage rates are higher because they are independently-calculated based on what people need to get by. The Living Wage Network encourages all employers that can afford to do so to ensure their employees earn a wage that meets the costs of living, not just the government minimum. In the UK, accredited Living Wage employers have been certified by the Living Wage Foundation.

But, what is fair when it comes to working with people in countries where the living standard is supposed to be drastically different to that in the UK or the USA?

I recently visited India and met with several social enterprises, especially those working with artisans and craftspersons in small villages in India. These are some of the most skilled people working with their hands, but in the past, their only source of income was to create designs and products that were then sold to overseas businesses, many based in the UK via middle-men. This meant that they were paid very low wages. This was first really brought to international attention when the tragedy struck the garment workers at Rana Plaza in Bangladesh when it collapsed back in 2013. Some of them were earning as little as $10 per month.

There has been much more awareness recently as businesses forge collaborations with these skilled craftspersons in India, Pakistan, and Bangladesh. Ethical businesses are particularly placing an emphasis on ‘fair wages’, and rightfully so. Lucy & Yak is one such brand. They found a region in North India renowned for its tailors and initially used eight different businesses to see which one shared their core beliefs. I spoke to Chris, the co-founder of Lucy & Yak, who told me about the efforts they are putting in to make sure that they set ethical standards in all their factories based in India.

Although there are some minimum wage standards in the different states in India, these are very varied, and so they found a lot of different articles stating what is a ‘fair’ wage for garment workers in India. A report from Fashion Revolution stated that female garment workers in Bangalore were earning around 7000 rupees (£78) per month and were actually one of the better-paid garment makers in India. The state of Rajasthan minimum wage for garment workers varies from 6058 Rupees for Skilled to 7358 Rupees for Highly Skilled workers. What Lucy & Yak did well was to try and understand the local context, and speak to the people directly about their lifestyle and what seemed ‘fair’ to them. They attempted to make sure that they respect the culture and the people who live and work in this area. Their values and ethos around respect and ‘fairness’ meant that they wanted to make sure that all the workers received the respect they deserve and earn enough to support their families without having to work too hard.

The Labour behind the Wall has good guidelines on what the living wage for one adult to look after a family of four would need to be paid in India to live comfortably. So, Lucy & Yak decided that they would pay the workers between 21,000 rupees (£233) and 29,000 (£320) per month, depending on their skill level, for a 6-day working week or 48 hours, as stated in the fashion revolution article. I spoke to some of the tailors working for other UK-based brands and businesses in India and realized that there is a huge variation in what these workers are being paid. By respecting the local culture and lifestyle, and by working collaboratively with the local craftspersons, brands such as Lucy & Yak are setting ethical standards around fair wage and working conditions, an area which is still relatively ignored in the ethical fashion industry.

Setting ethical standards around fair wage means that you can create a successful business without someone in the chain not receiving their fair share. It is imperative that brands, particularly fashion brands, working with workers overseas ensure that they treat everyone with respect, and set fair wage standards that mean that some people are not winning more than others. The social impact of an organization is as important as the environmental impact.