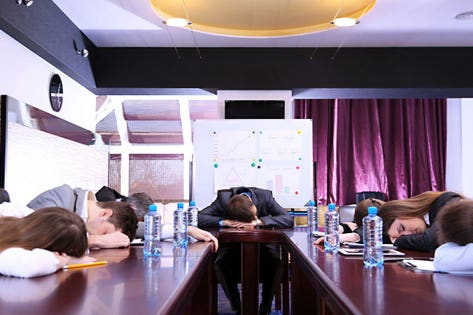 There are many products on the market today to help increase energy and focus, but nothing off the shelves can beat good old-fashioned shuteye.Improving sleep can help anyone, whether you are a Fortune 500 CEO, parent of energetic children or both. You may have time to get in a solid eight hours, or you may be someone who can power through the day with only four. Either way, it’s important to maximize the benefits of sleepand in some cases, learn how to infuse it throughout your day.

According to the National Heart, Lung and Blood Institute, a good night’s sleep improves learning and problem-solving skills. Lack of sleep canaffectyour focus, decision-making and creativity. Sleep also plays an important role in your physical health, from healing and repair of your heart and blood vessels to fighting disease.

To further delve into how to improve sleep quality, I turned to Dr. Michael Breus, otherwise known as, “The Sleep Doctor,” who is a Fellow of the American Academy of Sleep Medicine, Clinical Advisor to the Dr. Oz Show and has been a go-to sleep expert for WebMD for more than 14 years. Dr. Breus also consults with many top CEO’s and entrepreneurs to help them to optimize their sleep and energy. He provided us with a number of his favorite tips, starting with details from his research on how caffeine affects sleep.

Per Dr. Breus, for many people, the very first liquid that passes their lips in the morning is caffeinated,and that’s actually not good. “In order to bring your body out of the state of unconsciousness, you need adrenaline and cortisol, and when you compare caffeine to those, it’s like comparing cocaine with rich tea.” He recommendsthat no matter how difficult it may be, if you want optimal effects, you should wait ninety minutes after you wake up, as your cortisol and adrenaline begins to naturally drop. He suggests that this is the perfect time to drink caffeine because it will naturally increase cortisol and help you get that energy boost that you’re looking for.

Dr. Breus goes on to say that caffeine takes six to eight hours to move out of your system, so if you need to be asleep by 10 PM, you really want to avoid having caffeine after 2 PM. Though some can still drink caffeine and go to sleep, he said that it will affect the quality that night, which is not helpful to your health or performance the next day. His favorite sleep-hack is loved by many CEOs, entrepreneurs, and executive. He calls it “nap a latte”,” and it’s achieved by simply taking a cup of black coffee, and adding some ice cubes to cool it down, before quickly drinking it and going to sleep immediately for 25 minutes. “The science behind it is when you sleep, you’ll reduce the amount of adenosine within your brain which is what’s making you sleepy. Caffeine is off by one molecule from the adenosine compound and so it fits nicely into the receptor site and then you’re good for four hours (of improved energy/focus) guaranteed.”

Dr. Breus says that napping is just as importantas a full night’s sleep,as many executives and entrepreneursare driven to perform at a high level at all times, and don’t get the opportunity to log alot of sleep each night.As a result, they are tired during the day or they have low energy but they don’t necessarily know when and how to get the most out of a nap. He says that there are several different kinds of naps, and the best one is twenty–five minutes or less. This reducesthe chances of falling into deep sleep, whichmakes it very difficult to wake up, and can result in feelinggroggy. Overall, naps are highly recommended and planning for varyinglengthswill produce different benefits. A nap with more REM should increase your levels of creativity. To increase REM, Dr. Breus recommends taking atwenty-five-minute nap sometime during the period of 9:00 and 10:30 AM after early morning work. For a nap that helps to improve memory, it’s better to get it in between 2 and 4 PM in the afternoon. Other naps to support pure alertness, are best between 12 and 2 PM.

To make it easier to nap, Dr. Breus suggests setting an alarm on your phone and having a napping kit handy, including easy to carry accessories such as eyeshades and earplugs. He also suggests using an app with relaxing sounds such as white noise or meditation. He said that one thing that is controversial right now is the concept of,“miracle morning,”for which people are forcing their bodies to get up at 5:30 to start their day because they think that that’s going to make them a better CEO. Dr. Breus said that many entrepreneurs are actually not morning people,and by forcing themselves to get up early in the morningthey’re not adding to levels of productivity, just taking away from their sleep. He said that knowing your chronotype is important as each person is different in what type of sleep they need and when they are at their best. To help people determine their chronotype, Dr. Breus posted a website, https://thepowerofwhenquiz.com/, which includes a brief quiz you can take to better understand which you may be.

Can I get More Sleep in Less Time?

“One of the big questions that I often get asked is how do I get eight hours in five hours? Thereis actually a way to do it, and it’s called polyphasic sleep schedule. It’s complicated, but through a series of core sleep at night and naps during the day, I can literally pull almost two hundred minutes of sleep out of your daily sleep need and get you there. The problem is it’s very unhealthy.” Dr. Breus says that while many people ask for this, it can be lonely daily and lead to depression. If they sleep from midnight to 3:00 a.m.with anap at 7:30, another at 11:00 and then at 4:00,it becomes difficult and there are only certain things one can do. Travelling is also incredibly difficult when on this schedule.

Most people are deficient in magnesium and that can make a big difference in one’s sleep. Bananas have a lot of magnesium, so Dr. Breus created a recipe for“banana tea”that’s healthy for all, including kids. Just wash an organically-grown banana, cut off the tip, then cut it in half with the peel still on and put both into a pot. Addthree cups of boiling water over it, and boil until the bananaturns brown, then drink the water. He said it’s loaded with magnesium and it really knocks people out.

When you drink, give yourself at least one hour of not drinking before going to sleep for each beverage you’ve had. If you have two drinks with dinner, make sure to wait two hours before you go to bed after the last drink.

Another important sleep-hack is to use blue blocker glasses at night before bed. Per Dr. Breus, thismay sound funny at first, but blue light comes from our phones, our iPads and our laptops and at night by using these it actually turns off the melatonin faster in one’s brain. Melatonin is a hormone that helps to regulate one’s sleep cycle. Blue blocker glasses block the frequency of light that has that effect and so starting to wear blue blockers on at 8:00 at night can actually be very effective and helping you fall asleep and stay asleep. While there are new modes available to reduce blue light, there was a study done by Rensselaer Polytechnic Institute, which found that at least on the iPhone it had no effect whatsoever; as melatonin was still suppressed. There are plenty of options outside of the old-school blue blockers that some of us were around to see on infomercials. In fact, these are becoming available in most styles and by multiple eyewear companies now, as the ill-effects of blue-light continue to become public.

In the entrepreneurial world, sleep is like time, a vital resource of which one never has enough and can always use more.  By using a few of these tips from Dr. Breus you can increase your quality of sleep, resulting in better focus and productivity at work, and quality time with family and friends.