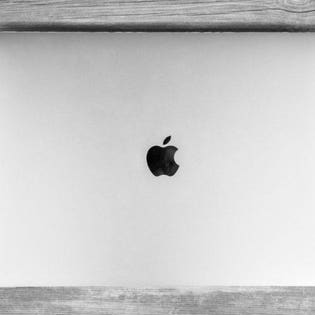 It isn’t easy running a small business — I know this from experience. There are countless hurdles to overcome from the very beginning, and it can take a great deal of time and effort before your startup starts to see any success. But why is this the case, and can we do anything to fix it?

There are many headlines, think pieces and political speeches lamenting the state of small businesses today. However, it’s possible that with the oversaturation of these stories in a sea of constant crises and breaking news stories, we’ve lost sight of the big picture.

Ultimately, I believe that the best way to gain some perspective in the present is to look at the past. That’s why I researched the biggest stories and most pressing issues affecting small businesses ten years ago, in 2009. What’s changed, what’s remained the same and what’s going to happen next?

One of the largest issues facing small businesses today, according to many outspoken individuals, is big business and unfair competition. In a recent CNN Town Hall, presidential candidate Elizabeth Warren spoke out about the threat she believes Amazon poses to small businesses due to their monopoly over consumer data and distribution. Additionally, the Supreme Court recently ruled that Apple can be sued over its monopoly on smartphone apps through the App Store. Both these stories share a common theme: Two of the largest businesses in the world are viewed as threats to the continued existence of small businesses. But was this the case ten years ago?

Well, the warning signs were certainly there for complete market domination. In an interview with Newsweek about the (at the time) recently released Amazon Kindle, Jeff Bezos stated that one of his company’s strategies for growth is to determine their future customers’ needs and then say “We’re going to give that to them regardless of whether we currently have the skills to do so, and we will learn those skills no matter how long it takes.” At the same time, the impression left from a then-recent story of Apple rejecting the Google Voice app for the sake of their partner AT&T was that the company was “mired in the old think of protecting a lucrative business relationship, rather than letting the innovation chips fall where they may.”

With the benefit of hindsight, we can see that these issues didn’t just appear overnight. The intentions of these companies in the past betrayed their conclusions in the future, which is now our present. It’s true that Amazon was the subject of scrutiny, but it seemed to have more to do with potential collusion with Target and Walmart regarding below-cost pricing of new books. And while Apple and AT&T’s attempts to prevent competition on their shared platform was also criticized, that story paled in comparison to the fervor over poor working conditions at iPhone manufacturing plants after a worker’s alleged suicide.

For the most part, concerned watchdogs and business advocates focused on different issues ten years ago, such as the devastating recession that was in full swing. A notable attempt to repair the United States economy taken at the time was softening protectionist trade policies by removing a clause to “buy American” from an economic stimulus bill. At the time, policies like these were justified by big business moguls like then-UPS president Dan Brutto as “opening the doors to global trade,” which he considered “one of the best, but least talked about, ways of fostering small-business growth.” But what effect did these policies have on the present day?

After studying the reaction in the past to Apple’s closed platform software practices, I believe enough sustained attention was focused around this issue to allow for progress to be made. The recent Supreme Court ruling is a major win for small app developers, who are now free to pursue a class action lawsuit in an attempt to open up Apple’s platform for more fair competition. Furthermore, future legal victories can establish a precedent affecting other digital storefronts, as well.

However, the astronomical growth of Amazon and its domination over struggling small businesses have been relatively unopposed, even while store after store has declared bankruptcy and closed their doors for good. What’s worse is that the aforementioned focus on decreased protectionism and encouragement of international trade may have made things worse. After all, I don’t think it’s unreasonable to connect the focus on globalization with Apple and Amazon’s now notorious use of other countries as tax havens.

However, it looks as though these issues are gaining attention. Furthermore, it appears that a potential resistance to them is gaining momentum heading into election season. As mentioned, Elizabeth Warren wants to break up Amazon and other big tech companies with antitrust policies, while Andrew Yang wants to make them pay more taxes through a value-added tax. Donald Trump’s approach to Amazon involves auditing the United States Postal Service, seemingly as a method of curtailing their uncompetitive distribution methods.

It’s unclear which (if any) of these plans will actually come to fruition — it’s even less clear if they will have an effect on Amazon at all. However, the most opaque and pressing issue to small business, in my opinion, is the one quietly developing at this moment. I don’t know for sure what this crisis will be, but I believe that most of us will be distracted from it until, just like Amazon or Apple, it becomes far too big to ignore.