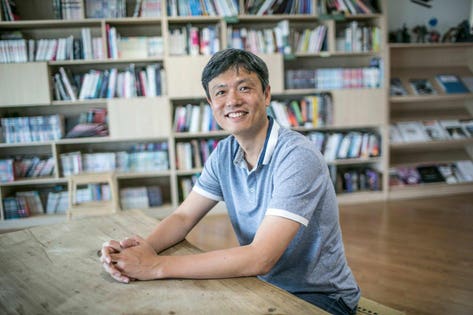 Chang Byung-gyu, founder and chairman of videogame company Krafton, debuts on this year’s list with an estimated fortune of $890 million. Much of that was built on the back of one game: PlayerUnknown’s Battlegrounds (PUBG).

The online multiplayer game was an instant hit following its launch in 2017, propelling Krafton (then named Bluehole) onto the global stage. PUBG’s popularity has since given rise to hundreds of similar “battle royale” games—where up to 100 players fight to be the last man standing, Fortnite being the most notable.

Tencent paid more than $500 million for a 10% stake in Krafton in 2018. That year, PUBG generated record player numbers and achieved $100 million in pre-release sales in just 79 days. Following that success, Krafton’s revenue skyrocketed more than threefold to $1 billion in 2018, when it swung to a net profit of $220 million; a year earlier it posted losses of $820 million.

Chang, 46, and his wife own about 20% of Krafton, which continues to diversify its gaming operations, purchasing South Korean mobile game developer Red Sahara Studio in March 2018. “Masterpieces are created through enduring painful and patient processes,” Chang says in an email.