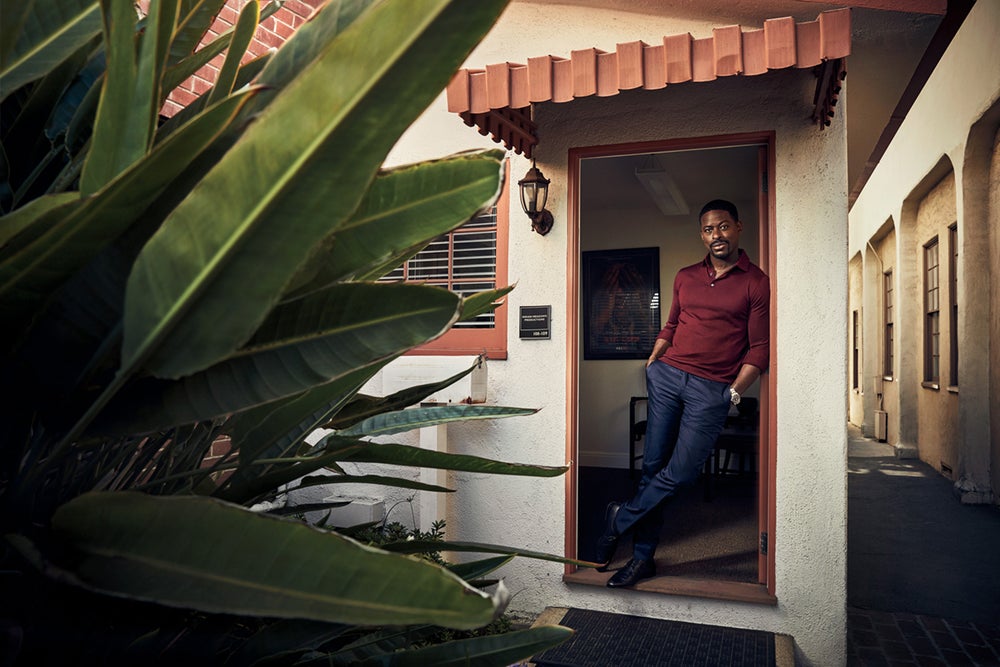 “Sterling K. Brown Wants the Conversation Around Diversity to Shift From ‘Inclusion’ to ‘Celebration’” | Written By: Eileen Guo / Entrepreneur

The NBC drama This Is Us is beloved for many things: its ability to bring viewers to blubbering tears with every episode; cross-generational family drama portrayed by a gorgeous collection of Hollywood actors; and, most significantly, the fact that each week, on network TV, it broadcasts relatable, authentic story lines about its black characters. But success like that doesn’t just happen. It is, says This Is Us star Sterling K. Brown, the result of a diverse staff that’s comfortable confronting their differences — which is a recipe for success that reaches far beyond television.

On the show, Brown plays Randall Pearson, the adopted black son of a white family. It’s a loving and complicated relationship. It’s also one of the strongest story lines on This Is Us, which has three black writers in the writers’ room and regularly invites its cast — black and white — to consult and contribute to stories. Showrunner Dan Fogelman is aware of his own blind spots, as a white man, in representing the black experience. So as they work through story lines or scripts, Fogelman often asks Brown and his colleagues, “Does this feel good?”

Brown loves this question. “When there is a well-functioning collaboration, where everyone is listening and willing to proceed to the best idea in the room,” says Brown, “then the potential to create something truly collaborative and inclusive is extraordinary.” The way he sees it, the question “Does this feel good?” is really an acknowledgment — that Fogelman recognizes Brown’s different life experiences and perspectives and wants to bring that to bear on the show’s creative decisions.

Related: ‘Always Be My Maybe’ Director and ‘Fresh off the Boat’ Creator Nahnatchka Khan On Creativity and Getting the Details Right

It is the kind of thing anyone at any organization should be asking. Companies talk a lot about diversity and inclusion, spurred on by plenty of research finding that diverse leadership leads to increased profits. But still, companies rarely seem comfortable with what it actually means to be inclusive. Is it enough to hire a diverse team, only to leave them to do the same job in the same way — an embrace of inclusion that is color-blind in execution? No, says Brown. “Everyone wants to be seen,” he says from the office of his new production studio in Los Angeles. “I want you to see all of me. Saying that you don’t see color dismisses who I am. I am black. I’m male, cisgendered, heterosexual, and to say that you don’t see any and all of those things is a bit naive and misses the point. The point is not to erase me in order to appreciate me. My point is for you to see all of me, and appreciate me all the more because of who I am.”

Brown started thinking like this early in life. His father died when he was 10, and once Brown got to middle school, his mother put his experience into context. “My mom would often say, ‘The school you went to probably wouldn’t have let my grandfather in the front door. So you have an opportunity here,’” Brown recalls. He began to feel a responsibility — ­both to do well for himself and then to be a good representative of the black community.

That was especially true once he became an artist. He remembers that when Sammy Davis Jr. appeared on All in the Family in 1972, Brown’s own family treated it like an event — gathering around to see someone who looked like them onscreen. “Folks are watching,” Brown says. “You recognize how many hopes and dreams can be pinned to your success.”

He approached his acting career with all this in mind. Notable roles include the driver accused of rape by a white woman in Marshall, prosecutor Christopher Darden in The People v. O.J. Simpson: American Crime Story (for which he won his first Emmy), traitorous prince N’jobu in Black Panther, the stern patriarch in Waves, and a performer in the new season of The Marvelous Mrs. Maisel.

Related: The Woman Behind Hit Netflix Series ‘One Day at a Time’ Shares Why You Shouldn’t Be Afraid to Bet on Yourself

Now he’s working to ensure there’s more diversity behind the camera, too. Last year, Brown launched his own production company, Indian Meadows Productions. His goal is “to entertain, educate, and edify,” and it starts with the name of his company: Indian Meadows is the working-­class African American neighborhood in St. Louis where he grew up. “It was this wonderful place to be black, to just have a childhood,” he says. He wants it to stand as a counternarrative to the urban ghettos Hollywood so often uses as shorthand for black life in America. 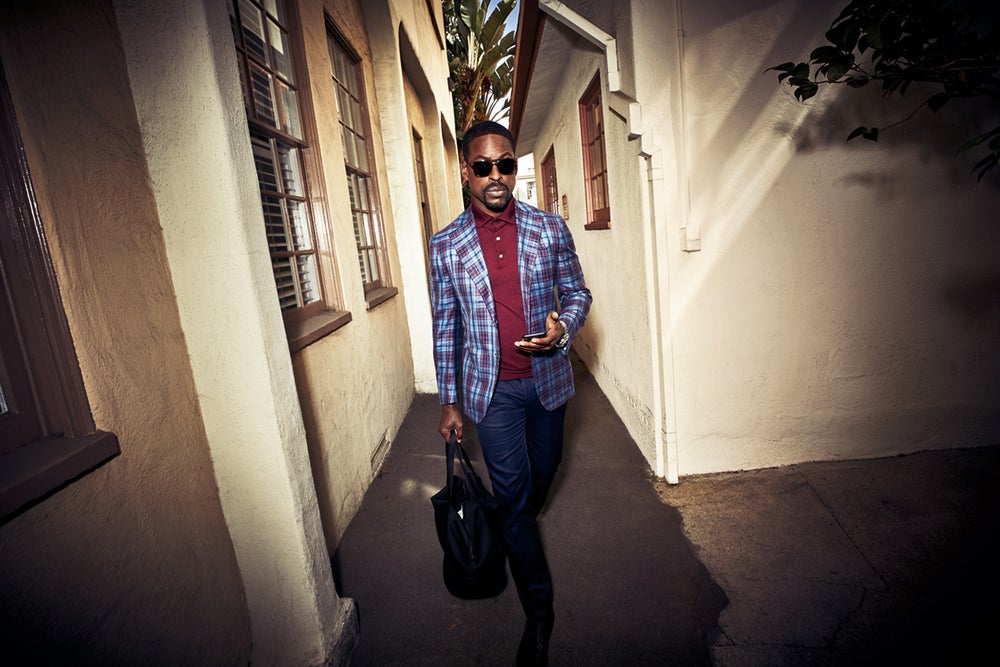 Indian Meadows Productions has a slew of projects in the works, including a Hulu series, Washington Black, based on the award-winning novel about an 11-year-old boy who escapes slavery; a family drama, Everyday Insanity, for Fox; and Shadow Force, a Mr. and Mrs. Smith–style film that costars Brown and Kerry Washington. In all these projects, he says, his characters’ blackness is central to their stories. His efforts have clearly earned a lot of support, though he says plenty of people still don’t get it. Once, while filming Army Wives, he recalls a friend saying, “Dude, why does everything have to be you as a black man? Why can’t it be just you as a human being?” “I was like, ‘Aren’t you sweet?’ ” Brown says. “ ‘Isn’t that a wonderful thing, an incredible privilege for you to be able to relate from, to say that you don’t see color? You say that as if it’s something to aspire toward.’ ”

It’s not, Brown says. His plea to businesses is to stop thinking about diversity in terms of things like color-blind hiring — something that may once have been “a necessary stepping-stone,” he says, but now stilts real progress. He wants to go from inclusion to celebration.

Related: How to Make Your Startup Team More Diverse

His advice? Listen — really listen — with an attitude of humility, respect, and curiosity. “Consult with people who have greater knowledge than you do of a particular situation so that you can, together, elevate something,” he says. “You got to know what you know, and then have enough intelligence and little enough ego to say, ‘This is where I need help.’ ”

For more stories about what will drive business in 2020 — and how to best set yourself up for success — read our year-end package here.

“Sterling K. Brown Wants the Conversation Around Diversity to Shift From ‘Inclusion’ to ‘Celebration’” | Written By: Eileen Guo / Entrepreneur
November 19, 2019 at 09:13AM
VIEW ARTICLE ON Entrepreneur >> https://www.entrepreneur.com/article/341797