Serebral360° found a great read by Forbes – Entrepreneurs article, “Success With No Regrets: Why Great Leaders Never Tell People What to Do.” 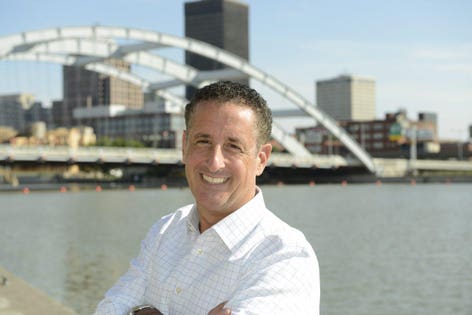 Some entrepreneurs trek down long, winding roads before finally uncovering their passion for business. For others, entrepreneurial desire has always been there—it’s as if a knack for building businesses flows through their veins. In David Mammano’s case, it was a little bit of both.

The first flicker of David’s entrepreneurial spirit came at just six years old while shoveling snow during a cold Rochester, New York winter. He hatched the bright idea to shovel each neighbor’s driveway before asking if they actually needed the help. Once the job was complete, David walked up to their door and coyly asked for payment. After all, who could say no to an adorable, hardworking kid?

Soon David was racking up $1s, $5s and even a $20—not too shabby for a young kid. His inner fire for turning a profit had been ignited before second grade, but that doesn’t mean he didn’t encounter pit stops on the rest of his journey.

Fast-forward forty-plus years. David’s now an elite business coach and founder of the Avanti Entrepreneur Network, an organization that encourages young and burgeoning entrepreneurs to connect, collaborate and grow together. He previously established Next Step, a publication catered to high school students figuring out their college careers. There’s no denying David’s love of pushing people towards success.

So what drives David to serve and support future business leaders? With a near-lifetime of entrepreneurial wisdom, what motivates him to lift others up and not focus solely on financial growth?

It all comes down to his undeniable love of not just business itself, but also guiding others to achieve successes of their own.

Rekindling A Passion for Sales

Although his snow shoveling days hinted at a sales-focused future, David actually grew up thinking he’d become a dentist. It took him entering the University of Buffalo’s pre-dental program to realize the joy for dentistry simply wasn’t there.

Searching for a new path, David joined the school’s newspaper to further explore his interest in writing. But instead of a writing position, an opportunity selling advertising space opened up. He took it and loved it—he jumped at the chance to create relationships with local businesses that ultimately propelled both parties forward.

It didn’t take long for David to recognize that he wanted to continue connecting with businesses and working in sales. “What a great career,” he remembers. “I make friends. I get to help people. And I make money.” David had rediscovered the calling he first tapped into as a kid. With the momentum and motivation gained from working at the paper, David landed a sales job right out of college.

For a couple of years, David worked typical entry-level sales jobs. Though he excelled and never doubted a love for sales, there was an undeniable impulse to attempt something entirely new.

Taking a Shot in the Comedy World

With a clear trajectory in sales, why would David press pause, pack up for Chicago and try out a new career in stand-up comedy? He’d always had a knack for humor, but the comedy bug never fully bit until his friends convinced him to enter a Funniest Person in Rochester contest. Right before stepping on stage, David walked towards the stage “petrified”—a buddy literally had to push David into the spotlight. With no going back, he began his routine—and the audience laughed.

From that moment, all his fear began disappearing. He ended his set on Cloud 9 and won the competition. David calls this a moment of taking “a leap and the net will appear.” He was terrified but jumped anyway. In return, he gained unimaginable courage achieved only by taking risks.

“That experience [changed] me in a great way,” recalls David “because if I could do that, I could do anything.” He knew he was talented at sales, but why not explore an alternative destiny? Never wanting to live with regret, David headed to Chicago to take his shot at stand-up.

David started taking classes at Second City and Improv Olympics, where the careers of legendary comedians like Bill Murray, Stephen Colbert and Tina Fey took off. He loved the Windy City, but the laughs didn’t come as easily as they did in Rochester. Instead, it was his full-time sales job at Bally’s Health Club selling memberships that proved the most lucrative.

Though he treasured the experience, after about a year, David knew comedy—at least as a livelihood—wasn’t his path. But despite what some might call failure, David went back to Rochester with a renewed sense of confidence. Maybe stand-up didn’t fit, but he tried something countless people considered, but few actually did.

Growing as a Leader and Entrepreneur

Back in New York, David’s foray into the comedy world reassured him that business and sales were his true calling. He fully dove back into the sales industry and thrived, but realized he hated working for other people. He wanted to be the boss, and with newfound confidence gained from his stint in comedy, David decided to launch his own business.

With a history in publishing and a penchant for selling ad space, David soon conceptualized the beginnings of his very own magazine. David also used one of his strongest talents—assembling an incredible team—to build a new brand.

His vision was a magazine called Next Step, a publication with a mission to guide high schoolers through life post-graduation. While establishing the company, David spent his days creating a print-ready product and his nights chopping broccoli at Ruby Tuesday to make ends meet.

Thankfully, those long nights paid off. Next Step was a success not only in revenue and readership, but also in terms of company culture. Targeting the previously untapped market of college-bound teens set Next Step up for a major win, and David’s dedication to treating his employees like a family propelled his company to a new level of achievement.

David discovered that strong, positive leadership paid off in more ways than strengthening a business financially. When his team legitimately cared about each other, they’ll also care about supporting the entire company. Employee morale and motivation blossom when they’re “coming to work for more than just a paycheck.”

David took joy in lifting up his team and setting his people up for success. Rather than let employees struggle to support themselves, he regularly asked, “How can I support you so you’re doing a great job?”

However, providing support doesn’t mean leaders must carry the burden of their staff or bark orders. David says, “A great leader will never tell people what to do.” He later adds, “I’ll lay out the best dance floor. Play the best music … but you gotta dance. I’ll be here to support you, but you gotta make it happen.”

Under David’s guidance, vision and wisdom, Next Step grew steadily for 15 years. But unfortunately for a publishing company entering the modern era, even an incredible culture couldn’t match the upcoming Digital Revolution.

When Endings Turn Into New Beginnings

For many industries and entrepreneurs, the Digital Revolution ignited massive prosperity with nowhere to go but up. But for Next Step and countless other print companies, the internet’s rise signaled the opposite. Though Next Step adapted via new channels and revenue streams, David’s passion remained in print publications. Running his business had “lost its luster”, and David eventually left Next Step altogether.

David spent the next few years on an “entrepreneurial roller coaster” trying out new projects and  searching for the right career move. Then one day, a former business mentee called David to thank him for past words of wisdom. The mentee’s company was taking off, and he considered David a catalyst for many of his business decisions.

The young entrepreneur ended the call with, “You should do this for a living.”

An accomplished leader with a passion for supporting his own people, David realized he could expand his reach by coaching up-and-coming entrepreneurs on the complex business landscape. “This is what I need right now,” thought David.

David initially launched an independent one-on-one coaching service, but he quickly noticed a significant lack of networking opportunities for new entrepreneurs. Many business leaders consider joining networks like Entrepreneurs’ Organization (EO) essential because of the support received from like-minded community members. David says access to these networks can be “the difference between failure, success or even massive success.”

However, most of these organizations require $1 million in annual revenue and significant annual dues. If you’re just starting out as a business owner, qualifying is nearly impossible. But don’t new entrepreneurs need these networks just as much as business veterans?

Listening to David on his podcast The Avanti Entrepreneur Show showcases his reinvigorated excitement for this career. Now a top-ranked Business and Self-Development show on iTunes, listeners tune into enlightening conversations from present and future entrepreneurs spanning a plethora of industries.

Although David’s winding path from a business-savvy six-year-old to America’s Entrepreneur Coach was hardly predictable, he’s fully confident that everything unfolded perfectly before him.

“I was put on this Earth to do what I’m doing.”

Want to hear more from my chat with David Mammano? Learn more about his life growing up in a very Italian-American family, more about his insight on incredible leadership, why he believes in Avanti’s values and more. Listen to the entire conversation on my donothing podcast or watch it here on the donothing Youtube channel.

Connect with me on Twitter and LinkedIn and keep up with my company imageOne here. Learn about my mission to show business leaders how mindfulness can transform you and your business in my book donothing. Visit www.donothingbook.com for more information.