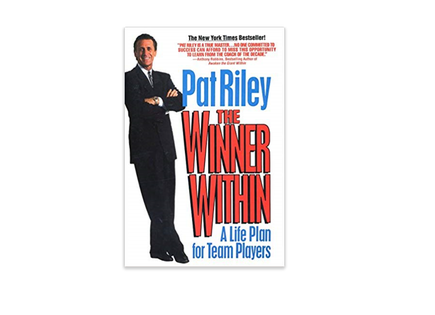 The Winner Within book

One of the keys to Bill Gates’ success is his voracious appetite for reading books. Keep in mind that every summer he lists some of his favorites on his blog.

But hey, what are other CEOs recommending and why? Well, here’s a look:

Origin Story: A Big History of Everything

Bryan Murphy, CEO of Breather: “This is an amazing book for two reasons. Number one, if you’re the type of person that loves how stuff works, this book is for you. David Christian deftly takes us on a journey from before the big bang, zooms through the Universe’s history and into the future in a cohesive narrative that will make you rethink your perspective on our place in the universe and will blow your mind away at the simplicity of it all. Second, a leader’s job is to make the complicated simple. David is an inspiration to me the way he weaves data and narrative and distills it down to make the complicated simple. I strive to do that every day at Breather as I communicate with customers, partners and teammates.”

Jennifer Fitzgerald, the CEO and co-founder of Policygenius: “The Martian by Andy Weir is a parable for what is critical to success in business, but also in running a startup. It’s the story of a stranded astronaut trying to get off Mars before running out of food and oxygen, which is a useful metaphor for creating a successful business from scratch. You have to figure out how to scale a good business model before running out of money. The book really showcases what it means to have grit and be resourceful, as well as how to effectively solve problems, which are such important skills. In fact, because this book speaks so well to many of the Policygenius values, we give all new employees a copy of the book preloaded on a Kindle when they start.”

The Hard Thing About Hard Things: Building a Business When There Are No Easy Answers

Pini Yakuel, the CEO and Founder of Optimove: “This year, I read The Hard Thing about Hard Things by Ben Horowitz, which introduced me to the concept of ‘management debt’ that has really resonated with me in both my professional and personal life. Based off the term ‘technical debt,’ Horowitz discusses how quick short-term solutions that act as a ‘loan’ to buy time, always come with an expensive, long-term consequence. While some loans are worth paying in the future, others can become too expensive to justify — and if management does not account for this future interest, they run the risk of becoming bankrupt in the future. What I found particularly interesting about this analogy was that it can actually serve as a model for multiple facets of life. Once I began thinking with this framework, it became a lot easier for me to fully think through my solutions and understand the implications of each decision.”

Fred Stevens-Smith, the CEO and co-founder of Rainforest QA: “This book revealed moving and important insights into what it’s like to be a person of color living in America. The author tells an incredibly compelling and lyrical story while sharing eye-opening anecdotes and lessons. More than anything, this book reminded me that, in the era of Trump, America is still deeply racially divided, and the intense privilege that some of us benefit from continues to create barriers that prevent a meritocracy from being realized. The book was a great reminder of the privilege I walk around with, and helped refresh my humility. More broadly it reenergized me around our values and culture. We spend a huge amount of time and energy creating an intentional culture at Rainforest, and Americanah served to inspire me to continue to push harder on this – it’s easy to focus on the short term in our business, and culture is one of the most important long-term investments any company can make.”

Craig Walker, the CEO and founder of Dialpad: “One of my favorite books is Patton: Ordeal and Triumph by Ladislas Farago, which is about how WWII General George Patton fought against overwhelming odds. One of his most recognizable quotes happens to be my favorite – ‘A good plan violently executed now is better than a perfect plan executed next week.’ I’m constantly reminded of this as a tech entrepreneur. While old guard legacy players have more resources and recognition, smaller tech startups have an advantage if they take Patton’s advice. Disruption happens by building tech that is more useful, efficient, adaptable — the list goes on. We win when we act quickly. Brains and determination can overcome even the most formidable opponents.”

The Winner Within: A Life Plan for Team Players

Scott Scherr, the CEO of Ultimate Software: “A few years after founding Ultimate Software, I received a copy of The Winner Within, a leadership book by legendary basketball coach and current Miami HEAT President Pat Riley. I’ve made it a point to re-read it almost every year since. In the early days of Ultimate, Pat’s words guided me and he became a mentor, if only through the book. Years later, I met Pat when he gave the keynote at our Connections customer conference in Las Vegas. In 2017, we became teammates in business. Ultimate’s now the official HR/payroll provider and jersey sponsor of the HEAT.

“The Winner Within resonates strongly with me, and Ultimate’s commitment to putting people first. I see many parallels between a team’s success in business and in sports. Your employees are your players. You work together to build an all-star team and win championships. There’s nothing better than being on a team—winning together, learning from losses together, getting stronger together. Pat’s book really helped shape Ultimate’s culture. We continue to coach our players, set goals, and earn championships. Today, we give our people copies of The Winner Within when they join our team. We encourage everyone to read it and learn from Pat’s principles — just like I have.”

The Score Takes Care of Itself: My Philosophy of Leadership

Vivek Ravisankar, the co-founder and CEO of HackerRank: “I’d recommend leaders read The Score Takes Care of Itself. In business and in life, people too often focus on the outcome, and don’t think as much about the work it takes to get to the outcome. I’ve learned that when you perfect the process and do the job to the best of your abilities, the outcome, as Walsh says in this book, takes care of itself. His book also speaks to authenticity and great leadership – every leader must walk their own path, and be themselves along the way. Steve Jobs didn’t get to where he is by trying to be Bill Gates, just as Jeff Bezos didn’t try to be Steve Jobs. When I feel low or unsure of my own journey, I revisit the introduction to the book, and feel better.”

Christian Lanng, the co-founder and CEO of Tradeshift: “For an inspiring read about innovation, dive into Microserfs by Douglas Couplan this summer. Set in the early 1990s, the book follows six programmers working under Bill Gates on the Microsoft campus, who eventually move to Silicon Valley. The book does a great job of capturing the excitement and wonder of the bubbling tech industry ahead of the dot.com boom in the late 90s.

“I first read this book as a teenager. I was a troublemaker without a plan, but knew I wanted to make a difference in the world. After devouring this book cover-to-cover, I realized for the first time that business could be exciting and could offer a real opportunity to change the status quo. Less than two years later, I started my first company. I wasn’t afraid to fail anymore.”

Tom (@ttaulli) is the author of the upcoming book, Artificial Intelligence Basics: A Non-Technical Introduction.