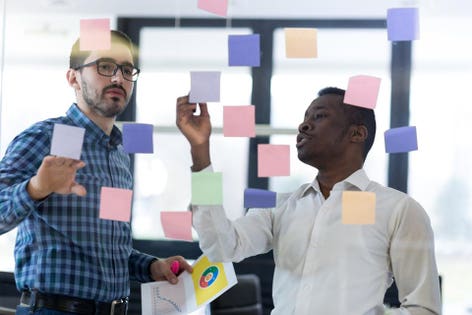 Big tech has been battered in the past few years with criticism from consumers, lawmakers and regulators. Facebook faces continued questions regarding exposed user data in the wake of the Cambridge Analytica scandal. Twitter has come under fire after investigations found that Russian troll farms used the platform to try to sway voters. Regulators are examining whether Google, Amazon and Facebook are violating anti-trust laws.

While the “techlash” has done little to hurt user numbers, the industry is paying attention and wrestling with how to respond and change. Twitter, for instance, recently announced a ban on political ads to limit the dissemination of fake news. While big tech sorts itself out, the conversation around technology and ethics is shifting to a movement of another kind: Building products and starting companies with a fundamental focus on ethics.

The motivating idea here is to anticipate the harmful effects of technology in order to avoid damaging consequences.

The Ethical OS  initiative guide is one example of those efforts. The guide, created by the Palo Alto-based Institute of the Future and the Tech and Society Solution Labs, asks development teams to consider eight areas of risk, including economic inequality and addiction, and think about how their product could potentially harm society.

“What if, in addition to fantasizing about how our tech will save the world, we spent some time dreading all the ways it might, possibly, perhaps, just maybe, screw everything up?” the Ethical OS website asks.

The guide then provides scenarios for teams to address regarding the ethical implications and long-term effects of their products, and to create strategies to anticipate future changes.

The notion of embedding a strong sense of ethics into budding entrepreneurs is gaining traction at universities as well. Tom Byers, a professor of management science and engineering at Stanford, says students in entrepreneurship courses are learning the basics about matters such as strategic business building and evaluating risks. However, in an article for Stanford’s eCorner, he notes students and faculty also are showing a growing interest in learning how to handle ethically challenging conditions for startups.

“In these conversations with educators, administrators, industry leaders and students, I feel an emerging groundswell — so many want to see innovation in the way educators teach entrepreneurial values,” Byers says.

In Portland, Oregon, entrepreneurs frustrated with the traditional culture of startups launched a movement two years ago that called for a more ethical and inclusive environment for startups. The group, Zebras Unite, contends the focus on unicorn companies can create toxic cultures and lead to destructive outcomes. Zebra companies, on the other hand, strive for sustainability and profitability, prize collaboration and pursue win-win scenarios. The group has 40 chapters around the world.

Finally, the efforts aren’t limited to founders. Investors and startup accelerator programs also are encouraging a focus on ethics from a company’s beginning. Techstars, for instance, was an early supporter of the Ethical OS guide and artificial intelligence investors are calling for startups to consider bias that might be rooted in algorithms that power their products.

The attention to ethics — and minimizing technology’s harmful effects — could even create a category of startups focused on ethical tech. The Bakery, a tech marketing and communications firm, has profiled a few such startups, including InChorus, a platform that measures workplace harassment and bias, and PeerLedger, a blockchain company that certifies organizational conduct across several areas.

The techlash is real and likely will continue for as long as big tech makes moral missteps. But the push for being more ethical early on in products and companies might just ensure that big tech has fewer moral missteps in the future.