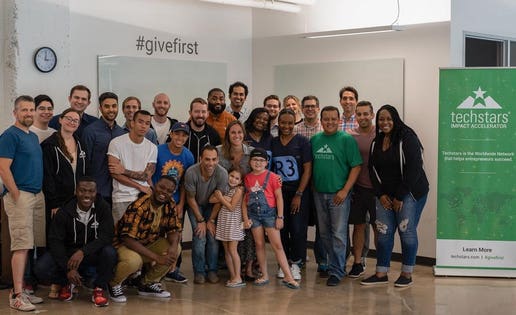 Techstars, the heavyweight startup accelerator, has been stepping up its game in mission-driven entrepreneurship lately.

First of all, Techstars Impact just started its second cohort of tech-focused social enterprises. The initial class in Techstars’  first impact-only program, based in Austin, was announced about a year ago.

Also, early this year, it launched the Techstars Sustainability Accelerator, a sustainability-focused program in Denver, in partnership with the Nature Conservancy, for for-profit tech entrepreneurs aimed at sustainably providing food and water and addressing global issues like climate change. The program kicks off at the end of the month, with a pitch day in October.

Plus, about a month ago came an announcement about another social impact program called the Cox Enterprises Social Impact Accelerator powered by Techstars. The emphasis will be on companies in the areas of “STEM training, environmental sustainability and community-enriching initiatives”, to quote the company. Applications open in a few weeks; the program will start in January 2020.

Finally, when the company initially launched Techstars Impact in October 2017, it also started an impact fund. That invests in impact companies in any of its 48 accelerators. According to Zoe Schlag, Techstars Impact’s managing director, 44 companies in the impact portfolio, including 34 accelerator investments and 6 seed and 4 Series A deals, are outperforming Techstars’ regular portfolio, based on multiples of invested capital.

They’ve also reduced over 14,000 tons of C02 emissions and enabled more than $6.2 billion in second-tier diversity spend, meaning investing in companies that buy from female or minority-led suppliers and other diverse sources.

As for Techstars Impact, according to Schlag, she’s keeping the original impact accelerator approach, which is to accept companies with missions tied inextricably to their business model. Thus, you can’t change the mission without messing up the whole company. But for the second cohort, there will be more attention on financial and impact measurement. “There’s a heavy emphasis this time around becoming a metrics-driven company,” she says.

She also sees a trend in the cohort towards what she calls “founder-problem fit.” That means companies started by entrepreneurs with  unique histories and insights allowing them to identify a product and market that might otherwise go unrecognized. Case in point: R3 Score, a Baltimore-based startup with an algorithm for criminal background, credit history and other data bases allowing for a more nuanced evaluation of job seekers and others with a record or arrest or conviction. Teresa Hodge, the startup’s CEO and president, has extensive experience working in the criminal justice system.