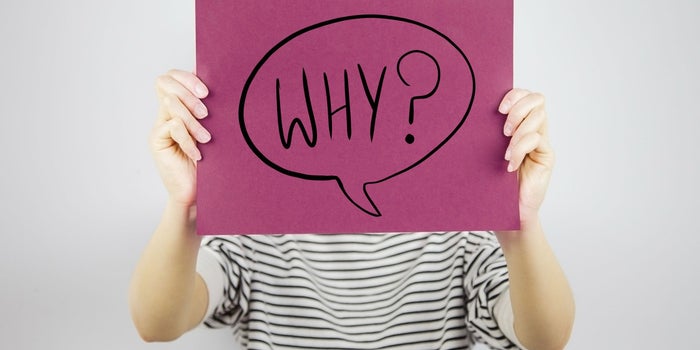 Serebral360° found a great read by Entrepreneur article, “The 3 Words Every Leader Should Banish From His (or Her) Vocabulary.”

The late Steve Jobs was famous, maybe even infamous, for unapologetically erupting at his employees. An example of this came across in an interview the Apple CEO gave 60 Minutes a few years back, when he said (among other things): “G*d, we really f**ked up the engineering on this, didn’t we?”

In short, Jobs was intense. He held high standards which, depending on your perspective, might or might not have been good reason to get down and dirty with the leaders Jobs hired to carry his vision forward.

Then there’s Elon Musk. According to Musk’s employees, the Tesla CEO’s favorite word is the F-bomb and he’s not the most pleasant guy to work for. Certainly, Musk knows what he wants, and he demands it. He doesn’t seem particularly averse to conflict, either. As a result, his leadership style is lacking and he’s created a culture promoting climbers and back-stabbers.

Next? Jeff Bezos, the brains behind Amazon, who’s known for outbursts that terrify employees. In The Everything Store, author Brad Stone reported that Bezos is “extremely difficult to work for” partly because his communication style is so calculated. Reputedly, even his laugh cuts through a person as if its aim is to punish.

Yet the language leaders use doesn’t have to be punishing. In fact, leaders who intend to inspire their tribe may very well inadvertently shut them down the team when they explode with angry, negative language. Dropping F-bombs might be a cultural norm at a company. But more likely, they’re an HR nightmare. Either way, leaders put a lot of weight behind certain words, and misuse others.

As the leader, your own role is to pave the way and model the direction you’d like to see. Too often, leaders engage in ready-fire-aim tactics, resulting in bad language — words with hidden traps which leaders don’t realize even as they lean on those words.

The good news? Traps are easy to avoid if leaders avoid these words entirely. Here are three “watch words” in particular to eliminate from your leadership vocabulary, in order to gain more influence with your team and your customers.

Many entrepreneurs have been exposed to the concept of “Start With Why" originated by famous TED talk speaker and author of the book of the same name by Simon Sinek. "Start With Why" is a really good concept to embrace as an internal exercise when you’re looking to determine core values. But it can also have unintended consequences.

Specifically, leaders who rely on positional power will sometimes use “why” to their advantage by creating an interrogation, deliberately making subordinates feel awkward. Others misuse it by accidentally creating a rift where a simple inquiry was intended. Example: “Why is this task labeled yellow on  our calendar?”

Back when I was working with a team at the old tech firm 3Com, our leader was attempting to help everyone get back on track by trying to understand why a project had fallen behind. While he was just trying to get to the bottom of the issue, his flurry of “why?” questions unintentionally demonstrated what looked like (and felt like) belittlement. The result: The team shut down and stopped answering because there didn’t seem to be a right answer.

Since the only logical response to “why” is “because,” the person answering the question must come up with the right response. The result: A parent-child dynamic is created, and honest communication is halted in order to give the "parent" what he/she expects (the right answer) vs. what he/she really wants (a conversation that gets everyone back on track).

The remedy is to ask questions that don’t evoke a “because” response. Look instead at “What?” or “How?” as sentence starters. Conversations go much more cleanly when, to reference Stephen Covey, they begin with the end in mind. “What can we do, moving forward, to ensure your project stays green?” actually gets you to the desired outcome.

If you phrase the sentence to begin with "Why?" you’ll almost certainly have a roadblock to overcome; alternatively, "What?" or "How?" questions will get you to the results place much faster.

The word "but" serves to negate everything that comes before it and sets up a conversational competition. A good example of this occurred when a leader at Whole Foods, a company I worked with some years back, wanted to inspire his corporate team and said, “July and August were really great months, but we have two weeks left in September.”

The problem was that by inserting “but” into the middle of the sentence, the leader left people confused as to whether July and August were really great months or if September was going to be horrible or just okay.

The remedy would have been a simple swap of the word and (inclusive) for but (exclusive — and exclusive in a bad way).

These two examples offer completely different outcomes. One serves to inspire. The other, not so much:

“July and August were really great months, but we have two weeks left in September.” versus:

“July and August were really great months, and we have two weeks left in September.”

This word is full of blame and shame because it is backwards-thinking, instead of future-focused. It doesn’t promote action as much as make the recipient feel bad and resentful. That’s a poor outcome because the goal of a good leader is to lead and inspire. And it’s impossible to lead and inspire when you focus solely on what is wrong or out of place.

While I was consulting at AAA, a leader once dished out a dose of “should.” Phrases such as, “You should have put more statistics in this report” or “You should have ordered these supplies sooner” served not to inspire, but rather to inhibit forward momentum. The leader didn’t realize how she was shutting down the team from producing what she wanted. Fortunately, a cultural shift occurred and the focus moved to clearer expectations, which those responsible were then able to meet.

The remedy for fixing the trap of “should” is to stay focused on what could be done better in the future; the desired result then becomes more certain. When the target that you as leader want is already behind you, you won’t know where to point. But when you keep a positive future focus, your team members can follow and fulfill the necessary task more easily.

It seems simple — and really, it is.

By elminating these three words at work, you’ll find that engagement is enhanced and trust is built as your company culture transitions away from one of “Gotcha!”

As a leader, it’s important to grow and reap the best from all team members so that they can give the best to each customer. These people need to trust you before they can support you. And that starts with you and your communication style. Taking out these three “gotcha” watch-words allows any culture to grow more positively.

That includes your culture.

Related:
The 3 Words Every Leader Should Banish From His (or Her) Vocabulary
Why Political Parties are Bothered about Social Media Sentiments? Has Technology Played a Role
Entrepreneurship, a Profession of Choice for Generation Y