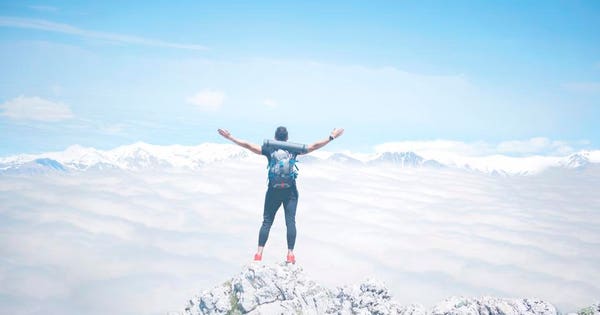 This story was written in collaboration with Forbes Finds. Forbes Finds covers products and experiences we think you’ll love. Featured products are independently selected and linked to for your convenience. If you buy something using a link on this page, Forbes may receive a small share of that sale.

Adventure is best experienced firsthand, but the next best thing is a well-written tale that takes you along for the ride vicariously. The adventures in these seven books come in many forms, from an exploration of urban subterranean landscapes to an Oregon man’s struggle to protect the world’s last, best stronghold for salmon in the Russian Far East. There’s a new collection of stories from outdoor writer extraordinaire Jon Krakauer and a fascinating account of hunting a deadly Royal Bengal tiger at the turn of the 20th century in India. So look, leap—and leap again.

Classic Krakauer: Essays on Wilderness and Risk by Jon Krakauer

A wide-ranging collection of magazine pieces from Jon Krakauer, author of Into Thin Air, the bestselling account of a tragedy on Mount Everest, and Into the Wild, which was made into a film directed by Sean Penn. As Krakauer says in the introduction to this collection, most of the short pieces he wrote for publications like the New Yorker, Outside and Smithsonian “vanished into the crevices of time.” But Anchor Books retrieved eight articles from early Krakauer and combined them with two more recent essays for this collection. The paperback is coming in October 2019—but it’s already available in Kindle.

No Beast So Fierce by Dane Huckelbridge

Over seven years at the beginning of the 20th century, a Royal Bengal tiger killed more than 400 people in the Himalayan foothills of northern India and Nepal, earning the moniker the Man-Eater of Champawat. This is the story of legendary hunter Edward James Corbett, who tracked the stealth Man-Eater and killed it in 1907. Huckelbridge traveled to the Indian Himalayan region to retrace Corbett’s footsteps and recreate one of the great adventure stories of the time.

Hungry: Eating, Road-Tripping, and Risking It All with the Greatest Chef in the World by Jeff Gordinier

This is a book about hunger for food, but also for risk and connection. Feeling stuck in his work and home life, writer Jeff Gordinier happened to meet Danish chef René Redzepi, whose restaurant, Noma, has been called the best in the world. Yet Redzepi was looking to shutter Noma and strike out on new adventures. Over the next four years, Gordinier joined Redzepi on his travels around the world. Coming from Tim Duggan Books on July 9—or get it now on Kindle.

Stronghold: One Man’s Quest to Save the World’s Wild Salmon by Tucker Malarkey

Guido Rahr preferred to spend his time as a child on his family’s land on the Deschutes River in Oregon rather than with family and classmates. Over the years, he became an expert fly fisherman and noticed the salmon runs were getting smaller and smaller. Rahr set out to understand why this was happening, ultimately traveling to one of the world’s last remaining strongholds for salmon in the Russia Far East, where Malarkey accompanied him to report this book. Coming from Random House in July 2019—or read it now on Kindle.

The Ice at the End of the World by Jon Gertner

Greenland is a remote, mysterious island five times the size of California with 56,000 inhabitants. The ice sheet that covers it is 700 miles wide and 1,500 miles long, holding some three quadrillion tons of ice. Gertner explains how Greenland evolved from one of the earth’s last frontiers to its largest scientific laboratory, beginning with the explorers who arrived here at the turn of the 20th century and embarked on grueling, yearlong expeditions that often ended in tragedy.

Underground: A Human History of the Worlds Beneath Our Feet by Will Hunt

Will Hunt is an urban adventurer who has explored caves, subways, catacombs, tunnels, mines, sewers and more in about 25 countries. In this book, Hunt probes not only the deepest recesses of the earth, but also the human psyche, exploring how the subterranean world has shaped the human imagination, from ancient rituals performed in caves to the frenzied excavation of nuclear bunkers.

Katie Arnold worked at Outside magazine, reporting on extreme athletes who walked high wires and ran 100 miles at night, often joining them. She ran her first marathon by accident while interviewing someone. When Arnold’s father died of cancer, she was forced to confront her own mortality, developing a fear that she too would die suddenly. She began to venture out alone, running longer and longer distances. At the same time, she began to examine her relationship with her father, learning for the first time that much of what she thought she knew about him, and her own life, was wrong.