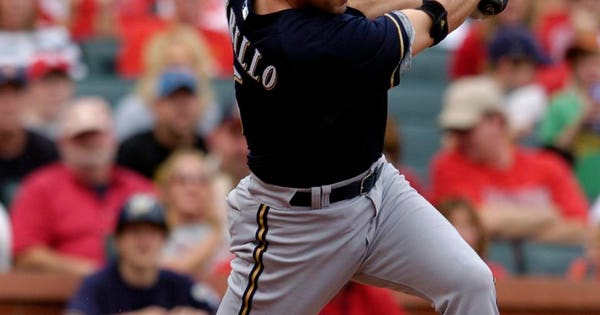 It was a hot, sweltering triple-digit day in in early July. They were crammed into a tight conference room in a cheap motel just outside Phoenix for their first meeting. As uncomfortable as the surroundings were, this group of about 40 wide-eyed young men could not be more excited. They had just won the athletic lottery, they were drafted by the Milwaukee Brewers, a major league team and were now professional baseball players. Their life-dream had finally come true.

The meeting was led by a gruff fifty-six-year-old former pitcher who currently was responsible for the newly drafted rookies. A lifer in the sport, he was quick to point out the brutal realities of major league baseball. He told these young recruits that in a good draft year, “maybe two of you will make it to the majors. And that’s just getting there. It’s easy to get there, it’s harder to stay.”

One of the young recruits, Jeff Cirillo, remembers taking a long look around the room, at all the other hopefuls, and asking himself, “I wonder who the other guy is?”

There was no wavering, there was no doubt. Jeff simply knew inside himself that if two people made it to the big-time, he would be one of them. If only one made it, it would be him. He wasn’t being brash or cocky. He simply had the inner belief he would be successful. Yes, it would take a lot physically, mentally and emotionally to get there. But there was no doubt in his mind that he was up to the task.

But he wasn’t supposed to make it. He was the 11th round pick with an $8,000 contract. During that draft year, there were about three hundred players picked ahead of him, pretty demoralizing for a star from the University of Southern California. The $8,000 contract meant the organization made a very low investment in him. The top picks were signing contracts worth a few hundred thousand dollars.

One of the countless unwritten rules in baseball was a common sense one, “protect your investment.” When a team pays $500,000 to sign a prospect, they do everything they can to nurture and bring out the talent. This player is given every opportunity to succeed simply because the team has made a big bet on his potential.

When you are an 11th round pick the deck is stacked against you. Yes, you are drafted, but making it to the majors is so out of the realm that you are simply not supposed to make it. Since there is no investment in you there is really no downside to the team if you don’t perform well.

Any one of countless reasons could end your dreams very early. Maybe the coach does not like you, or you get hurt or you don’t play well, or somebody else is just a little more impressive, or there is little need for players in your position. As a low round draft pick, you really have to navigate through many landmines just to get to the next stage or even simply be noticed.

It all starts with having the belief that you will prevail, as it did for Jeff. And he did prevail. He had a long and successful career in the major leagues for fourteen years, with a life-time batting average of close to .300, a pretty remarkable achievement.

Jeff is not the only one. I have interviewed a number of exceptional individuals, athletes, artists, Nobel Laureates and others and just about every one of them has exhibited this belief. They had the inner confidence that they were going to overcome obstacles and be the one that made it to the top.

At some point in our lives we have all experienced this inner confidence, the calm feeling that we will succeed at a task before we even start it. And when we have that feeling, we actually perform at a higher level. We have set ourselves are up for success, and we deliver. It’s not optimism or hope. It is the knowledge and faith we have in ourselves that no matter the odds against us, we will be successful. The positive belief we have influences how we perform the task.

In psychology, there is a name for that belief, it is called Self-Efficacy. Introduced by famed psychologist Albert Bandura, self-efficacy is a person’s belief that she can achieve her goals. According to Bandura it is not sufficient for individuals to possess the skills and knowledge to perform a task, they must also have the conviction they can perform it successfully.

Skills and self-efficacy (belief) are both required for successful attainment of specific goals and they are both linked by “reciprocal causation” where the functioning of one component depends, in part, on the functioning of the other. This simply means that the more skilled you are at something, the higher your belief that you will succeed and the more belief you have in yourself, the greater the chance your skill-set will stretch to meet the belief.

When you have the confidence that you will succeed at something, and you believe that you will overcome all personal and environmental barriers in your path, then you ensure that you put in the right effort. With the right degree of self-efficacy, you expect to be successful in any endeavor. If you then don’t achieve that success, you are surprised.

For many people, the thinking is the other way around. They don’t expect success, and when they do succeed it comes as a pleasant surprise.

A number of studies have shown that self-efficacy has a positive effect on performance. The reverse is also true: a lack of self-efficacy for a given task is a likely recipe for failure. If you believe you don’t have the skills to pull off a task—whether it is work related, academic, or in a sport or hobby—you will likely end up failing. The famous quote, attributed to Henry Ford, summarizes this sentiment well: “Whether you think you can or whether you think you can’t, you’re right.”

There are ways you can enhance performance and continually get better and reach a perpetual state of improvement. You can start by setting goals that are a bit outside your comfort zone, or those that slightly exceed your actual capabilities. It is this slender overestimation that will get you to stretch and apply the effort and persistence required to attain them. Setting goals too high may not be attainable, and may set you up for failure.

If you have more ambitious goals, you could break them into smaller and more immediate ones that could be sub-goals or stepping stones towards your larger and longer goals.

Michael Jordan, considered by many as the greatest player in basketball history achieved his greatness by focusing on sub-goals. In order to lead the NBA in scoring just about every year, he needed to average 32 points a game for the whole season. While that might sound like a lot, when broken into sub-goals, it was 8 points a quarter. He knew he had the ability to achieve this goal.

Setting and achieving specific targets, no matter how small, builds reinforcement and provides the confidence to improve. The rare excellence that very few people achieve is simply a series of small steps that add up to exceptional results over time.

This level of excellence is within your reach, and while it may be trite to say you need to achieve excellence one step at a time, this is how the most exceptional people have done it.