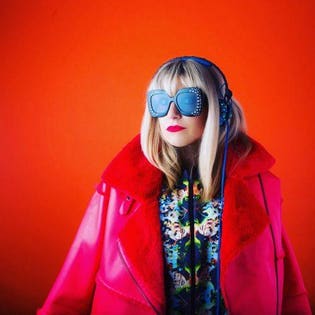 Where once a typical career involved training or qualifying for a role and sticking with it until retirement – teaching, engineering, law, builder – we’re now living in an age of multihyphenate careers.

It’s no longer deemed flighty to be doing between three and five different jobs, all at the same time. For instance, an author who also teaches and blogs. A fashion designer who does styling on the side and earns money from Instagram posts.

The term ‘side hustle’ has become commonplace for this very reason: so many of us have at least one.

As Emma Gannon notes in her best-selling business book The Multi-Hyphen Method – having a career with various branches might make it trickier to summarise when asked: so, what do you do? But having multiple income streams can future-proof your freelance career.

To give you an example, my job description is currently: freelance journalist, author, copywriter, consultant, editor of a parenting platform, co-founder of an app, run online courses. And these are all jobs that I’m consistently working on.

There will be periods where one dominates, but it will then transfer to another. My feeling is that diversifying in this way enables me to not only have a varied career but also to ensure that there’s always an income source.

For instance, if freelance journalism dries up, I can launch a new online course. If I’m not writing a book, I can instead focus on growing my online profile and putting out more content on one of my websites or offer up some consultancy slots.

As a freelancer working from home while raising two children, this way of working suits me. I’m creating passive income streams to cover me during maternity leave but for now, it’s a matter of determining which job pays the most while requiring the least time. And then doing more of that.

I asked some other freelance mums with multiple incomes streams what they do, how they earn the best money and what they like about working in this way…

One of London’s top DJs, Nikki Beatnik is the tour DJ for Kelis and has worked with the likes of All Saints and Kelly Rowland during her 20 year career in the music industry. She’s DJd in 65 countries, across six continents.

“DJing is my job and career – and it’s what I love doing. Plus, it’s where I earn the majority of my money. But in music you have to keep it moving and have various projects and revenue streams usually, so I am very used to staying ahead of the curve,” she says.

Since she started DJ-ing 20 years ago, there have been lots of changes in the industry, she says. “Most notably clubs being closed down all over the UK and festivals taking over, which is sad because so much culture comes from nightclubs. It is also where DJs used to earn most of their income.”

Fortunately Beatnik saw this happening and managed to redirect her career so that she was touring with artists as well as doing more music direction. She’s also always run her own events and club nights, which she believes is important for Djs.

“Then the other major part of my job is producing and releasing records under the Beatnik mantle with my brother,” she says. “We also music direct and are now focussing on writing songs, so multi revenue streams and hustle is something we do naturally.”

With music and art backgrounds, Beatnik and her brother have been able to design all their own artwork, merchandise, direct videos and create all their own social media content, as well as starting a Youtube channel dedicated to DJ culture. She’s collaborating with other entrepreneurs, too.

“Since I became a mother it’s slightly harder to tour,” she says, “but I also found myself wanting to do more with my art background so I started Hip Hop Homes with another mum and artist. We design homewares inspired by our love of hip hop. This is a new business so is taking up a lot of time with websites, PR and socials.”

She also launched Mums That Rave with stylist Yvadney Davis – a day party and networking brunch for mothers. “Mums can sometimes lose themselves and find it hard in business after kids, so this is for them.”

Beatnik works seven days a week but can do a lot of it from her phone, while taking her son to football or drama class. “I have to write a lot of lists and also designate days to certain things,” she says. “Summer time I usually tour with Kelis so there’s more organising to do, as I fly a lot with her. But we’ve been touring together over a decade and she’s a mum too, so she understands the reality.”

She likes the variety of all her different projects and the fact she can simply come up with new ideas then make them reality. “This is how I’ve always been,” she says. “I’m pretty relentless. I’m also not afraid to walk away from projects that don’t make me happy because I know I will always come up with new things and ways to make money.”

“In terms of how much time I commit to each job, I would say about 60% of my work time per week is spent on my D+D legal consulting business, and 20% freelancing for another business,” says Ingrid Fernandez.

“The paid speaking and workshop gigs are a little more ad-hoc at the moment, so when I have one coming up I spend a good chunk of time preparing my content and practising the presentation.”

She also runs a free Facebook group and whilst not a source of income, feels it’s worthwhile, as she’s building a community of her ideal clients. “I’m engaging with them regularly in order to work out what they need in terms of both legal and other business assistance, then trying to find both free and paid ways to meet these needs,” she says.

Fernandez earns the best money from working in her own legal consulting business. “There is such a connection with my clients and I’m able to build a relationship that makes the exchange more than just transactional,” she says, “I become someone they can turn to in their business. So because I invest the majority of my time and energy in this project, it definitely reaps the best returns.”

Her previous career in law firms and in-house roles didn’t offer the same variety and she enjoys the multifaceted career she has now, for that reason. “I went to work, did a job, left work, sometimes finished off a bit of work at home but for the most part, left work at work.”

Now things are much more diverse, she says. “This took some getting used to for a lawyer used to structure, routine and predictability, but now I love it and I think would struggle to go back.”

“Over the past two years I’ve received the most money from my novels (a high five-figure deal for two books, payment spread over two years),” says Charlotte Duckworth. She spends two and a half day novel-writing, while her daughter is at nursery.

Duckworth then has a part-time content marketing job two days a week, working from an office – and earns £1800 per month before tax. On top of that, she has the odd journalism commission, which might bring in a few hundred pounds a month.

She owns a flat which she rents out and this nets her around £1000 month but with maintenance costs, her profit can be completely wiped some years. However, Duckworth views this as her pension.

“By the sounds of all that I should be rich,” she says, “but my partner is a singer and has very little reliable income so I’m the breadwinner.”

She enjoys the variety of her work and feels lucky to have her flat as this can potentially top up her monthly income nicely. And getting out to work in an office helps her to feel less isolated; a common complaint of freelancers working from home.

“I love writing novels of course,” she says, “but I don’t think I would want to do it full-time. If I did ever earn enough from writing to give up other work I would love to do some volunteering at a local school or nursery. I think I’d go nuts writing fiction at home alone all day.”

“It changes through each month as to where the bulk of my time goes,” says Muncey. “In terms of the best money, I will make the most if I manage to sell out my workshops – considering the amount of time I spend on them.”

For a long time, it was therefore workshops that earned Muncey the bulk of her earnings but over the past six months, this has changed as the influencer and blog work has taken over. She has has a steady “trickle” of income from selling her prints and stationary.

“I feel like being versatile and having different income streams has helped make my business sustainable as often when one is quiet, another picks up,” she says. “I know myself and I would also get bored if I just stuck to one type of creativity. I love the variety even if it does add a level of stress to not just be focused on one thing. It suits my way of working much better.”

On average, she works with four product clients each month, styling homeware and stationery mainly. She also runs styling workshops every few months. “Again, these are a bit varied but I usually run interior and product styling classes,” she says.

“The people who come along to these either want to learn how to make their homes look more beautiful, they may want to launch their own styling brand, or they run a product based business and need help with making their product imagery better.”

Another event she runs is for creative networking. “I noticed that there was a real lack of beautifully styled but still informative and supportive events for creative business owners,“ she says, “so I set up my Grounded Creatives Meet Ups. She plans to run them four times a year, as they are the most profitable element of her brand.

Her latest income stream is mentoring. As she’s heavily pregnant, she wanted to create something she could do easily after the birth. “I run these remotely via Skype and phone consultations, and I currently have six ladies who I mentor – stylists looking to go freelance and launch their brands, as well as creative business owners who need help with branding, social media and finding customers.”

“This is possibly the easiest work for me,” she says, “as I already have the skills and knowledge to pass on. It also means I can sit in front of my computer and chat to people rather than running around styling and photographing products.”

So in terms of income, Straughan makes the best money from product styling and photography services. The most profitable side of her brand is the workshops and events “but the easiest for me, work-wise,” she says “are my mentoring sessions. They all have their benefits.”