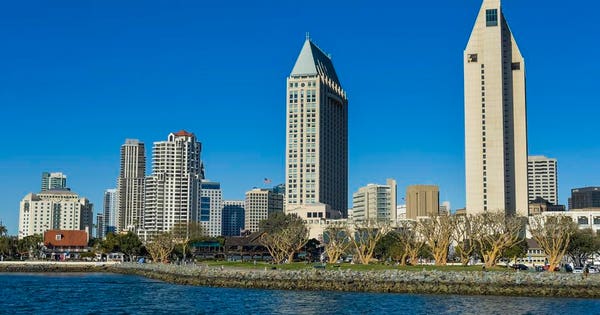 I enjoy hearing from entrepreneurs with interesting stories. Gideon Grossman of Noisyband, LLC reached out to me recently about his journey. Gideon is working on a product in the Pacific Beach neighborhood of San Diego that uses technology to free us from technology.

Mary Juetten: When did you start?

Gideon Grossman: I first came up with the idea for NoisyBands in the summer of 2015 while playing the big brother role for my family friend’s five awesome children. These same incredibly social children spent two hours a day playing video games on iPads. I was sad to see electronics distract us from the irreplaceable face to face interactions that make life exciting and meaningful. Electronic gadgets are here to stay, so I decided to use technology to encourage face-to-face interactions.

NoisyBands are bracelets that play your own custom personalized sound effects when you give a high five. While this motive was my original intent, I later realized NoisyBands would work well as a custom party giveaway, promotional item for businesses, unique swag for teams and clubs and even a useful tool for people who are on the autism spectrum or struggle with other communication challenges. I would never have realized these applications if I had been silent about my idea and kept it to myself.

Juetten: What problem are you solving?

Grossman: I sincerely believe the tendency of smartphones to distract from genuine face to face interpersonal connections is a pandemic. My generation is the last ever to see the world before cellphones made it possible to do pretty much anything by swiping our thumbs across a chunk of lifeless plastic. I’m not trying to get rid of electronics; I use my phone all the time.

I also learned from speech therapists and families affected by autism that the NoisyBand can be incredibly appealing as a solution. NoiysBands offer a new way for children to express themselves even when they may struggle with speech. As a compact, easily portable device, this wristband is convenient to keep on the person. NoisyBands do the opposite of making children stand out as different. They help children be cool with their peers because this is also a toy geared as a viral gadget for children at large.

Furthermore, the ability to select any sound effects for the NoisyBand makes it versatile and able to provide comfort by playing back a parent’s voice.

Juetten:  Who are your customers and how do you find them?

Grossman: I am still not clear if this product is going to be more of a viral collectible toy, a customizable promotional item, a useful AAC device for people who live with complex communication challenges or all the above. At this stage, I am pitching the product to all potential markets and watching to see with whom it resonates most. Children are crazy about the toy, as are some millennials, event organizers, and other groups. I am pitching this Kickstarter campaign* on the internet and pitching the product in person at local sports fields, outside minor league baseball stadiums, at Balboa Park and the San Diego boardwalk. I am also sharing the product with families impacted by autism and other communication challenges at local fundraiser walks and charity events.

*5% of profits will be donated to related charities including the Friendship Circle of San Diego.

Juetten: How did past projects and/or experiences help with this new project?

Grossman: After graduating Princeton, I lived in the lower east side of NYC and commuted across the city to intern at Quirky Inc., a neat company that championed invention and entrepreneurship in its more colloquial sense of engineering and product design. That was the summer I became an entrepreneur… but only partly because of my time designing products at Quirky.  Along my commute across the city, I enjoyed stopping amid the blur of foot traffic to watch street performers, who were in my eyes, with their brave gumption, bold creativity and uncontained passion, true entrepreneurs in every sense of the word. The idea of courageously filling an otherwise mundane subway station or street corner with music enamored me.

A few nights a week I carried a five-gallon bucket and pair of drumsticks down an escalator to the Union Square subway platform and rocked out. I remember having highs and lows in just a single night. If street performance isn’t a crash course in entrepreneurship, then I don’t know what is. I still busk today and have busked in many cities around the world. If there’s one thing I’ve learned over and over again from bucket drumming, it is that there are around 7 billion different opinions in this world. I’ve performed on San Diego’s biggest stage with an amazing singer who saw me drumming at a farmers market. Seconds after I met her, someone else asked me to pack up and go home because they didn’t like my sound. Keep pushing past the negativity you will inevitably hear because your creation may very well be a huge gift to others.

Juetten:  Who is on your team?

Grossman: The NoisyBand team is just me at this point. YouTube, Google, coworkers and friends have taught me how to design circuits, operate a 3D printer, negotiate with manufacturers, build a website, use a camera, edit video and work with graphic design software. I wanted to do everything myself so that regardless of whether Noisyband takes off, I will have honed skills from the journey.

Juetten: Did you raise money?

Grossman: No. I funded product development. To move forward with production, I launched a Kickstarter campaign. If enough people are stoked on the idea of adding personalized sound effects to their high fives, and the campaign goal is met, then I can begin production. If not, then I will put more attention into my other baby, SurfPatchSD, and would be open to licensing Noisyband for royalties.

Juetten: Startups are an adventure. What are your favorite startup stories?

Grossman: My mail carrier Katerina wasn’t the only person to become increasingly concerned with my growing collection of wires and batteries. A stranger literally pulled an early prototype out of my hands on a dark quiet street when he was convinced the prototype was a camera I was using to record him. He crushed it in his hand before my eyes and threw it into a dumpster. I was just waiting to meet a couple friends for Indian food and wanted to show them what I had been building. Lesson learned… be careful where you go when you have loose wires strapped around your wrist.

Juetten: How do you measure success?

Grossman: In general, I define success by how many people I am making happy and how happy I can make them. When I give high fives to friends or strangers with a NoisyBand prototype and see them laugh out loud and smile at hearing the sound effect, I’ve succeeded.

Juetten: What is your favorite success story?

Grossman: On the flip side of the above incident, a five-year-old once stole a prototype from me in a playground because he loved the toy so much. Yeah, so I was pretty much mugged on a playground by a toddler. At first, I was shocked, then embarrassed and then utterly stoked!

Grossman: My Princeton professors and colleagues at Quirky Inc. preached the benefits of sharing your innovative idea with others rather than hiding it in a silo in your mind or bedroom desk drawer. I heeded their advice and recognize that this openness not only helped me refine the concept based on others’ feedback but also drove me to keep at it every time I saw someone’s face light up at hearing the product concept or seeing a prototype in action.

Grossman: Allow me to cite my answer to the previous question. That being said, the possibility of another individual, corporation or overseas manufacturer stealing your idea is legitimate. To be honest, even though I filed a provisional patent on the product, I am still concerned about this. Knocking off a product is especially common in the toy industry.

Juetten: What’s the long term vision for your company?

Grossman: If the Kickstarter campaign is successful, I would like to manufacture a second version of the NoisyBand that has a button and built-in microphone allowing users to update the sound effects whenever they’d like to. I plan to work with parents, teachers and therapists to add more Noisyband designs to the product line that are intended specifically as useful tools to help people who live with autism and other complex communication challenges express themselves more easily.

My goal for this Kickstarter campaign is to build enough effective units and get them out into the world so that the next version and the version after that will be even more effective. Your feedback is invaluable! I’ve sat down with many therapists and speech pathologists local to San Diego, but recognize I have much more to learn.

Congratulations to Gideon; go check out his campaign here. #onwards.