Serebral360° found a great read by Forbes – Entrepreneurs article, “The Restaurant Entrepreneur Who Built An Empire And Is Selling It To His Staff.” 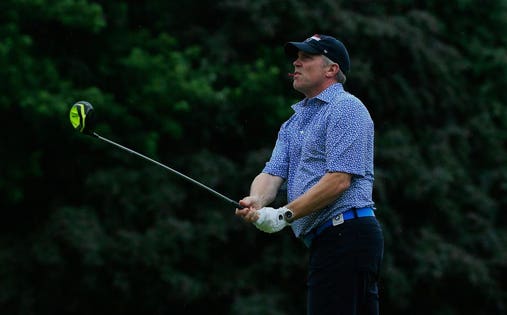 If you ask where to dine in Greenville, S.C., the answer is likely to be, “one of Soby’s places.”

Soby is Carl Sobocinski, who opened his first restaurant, Soby’s New South Cuisine, in 1997. It was one of the first smart dining places in the South to feature modern twists on local specialties, with a friendly atmosphere.

Since then, his Table 301 group has grown to include seven restaurants, a food truck and a catering business.

Meanwhile, the Greenville area has exploded with growth, thanks in part to the presence of companies such as BMW, Michelin and GE Power.

The surrounding metropolitan area has a population of nearly 1 million people, largest in South Carolina.

But, that wasn’t how it was when Soby’s first opened. Greenville had a somewhat sleepy downtown until the mid-2000s, when Fluor Field opened.

It’s home to the Greenville Drive, a Class-A minor league baseball team affiliated with the Boston Red Sox. The stadium echos Fenway Park, with its own version of the Green Monster.

As a result, the number of downtown hotel rooms swelled from 1,000 to 1,700, and those visitors had something in common: they needed places to eat.

“With all those people coming in, it doubled the number looking to dine out,” Sobocinski says.

So, he began creating restaurants to feed them.

Table 301, named after a table at the top of Soby’s stairs, now includes The Lazy Goat, a Mediterranean restaurant; Passerelle Bistro, with French food; Papi’s Tacos; and the Southern Pressed Juicery, which has raw juices and energy bowls.

As his empire grew, Sobocinski had to consider his future direction. “I could create one brand, which was Soby’s, and take it to 10 or 20 cities,” he says.

But he studied what other entrepreneurs had done, such as Danny Meyer in New York City, R.J. Melman in Chicago, and Pano Karatassos in Atlanta. Sobocinski said he decided he would be best off in Greenville, for both professional and personal reasons.

“I knew how to do restaurants, but I also am a creature of habit,” Sobocinski says. “I like to go to coffee at the same place in the morning, I like to go to dinner at night, and take my kids to the farmer’s market.”

Moreover, he says, “I didn’t want to learn 10 or 20 communities, I didn’t want to find 10 or 20 executive chefs. Trying to be out of town all the time did not sound as appealing as creating something new.”

When I first met Sobocinski in 2012, downtown Greenville seemed moderately alive, with restaurants and pedestrians on Main Street, but not much activity otherwise.

Now, Greenville’s downtown is almost completely filled for a three-quarters of a mile stretch, and businesses have popped up along side streets in either direction.

The activity has prompted him to play a greater role in local philanthropy and to consider the future of Greenville.

He serves on two boards looking at housing affordability and transportation, and he’s begun making decisions about his business, as well.

Specifically, Sobocinski plans to sell many of his restaurants to employees. He has constructed cash deals for two of them, and is taking “sweat equity” into account as he designs the arrangements for two more.

“There are a lot of people who have worked many years for us, but they can’t go out and get a lease, they can’t fund raise to go get one,” Sobocinski says. “To help those folks who helped me is to cultivate the next generation of entrepreneurs.”

Earlier this year, Sobocinski sold Papi’s Tacos to its namesake, Jorge “Papi” Barrales, who was one of the original Soby’s employees.

Barrales, a native of Mexico, had always wanted to own a restaurant, and approached Sobocinski with the idea for the 800-square foot taco stand, which sits beneath the Lazy Goat.

Barrales subsequently acquired the business, paying Sobocinski an undisclosed sum for the equipment.

In another deal, Sobocinski has sold 10 percent of Passerelle to a long-time employee, Michael Minnelli. That restaurant cost him between $350,000 and $400,000 to establish, he says.

Over the next few years, Minnelli can be gifted 49 percent, if he achieves performance and profitability goals. Eventually, there is a structure for Minnelli to take over the remaining 51 percent.

Sobocinski also has established partnerships with Olivia Esquivel at the Juicery and Michael Kramer, chef at his Italian restaurant, Jianna.

Still, “cutting the umbilical cord is tough in some ways,” he says. “Our success is important to us; we mentored you, we want you to be successful.”

Sobocinski is part of a small but growing employee participation trend in the restaurant business.

This week, Reginelli’s Pizzeria, a popular New Orleans chain, announced plans for its ninth restaurant, on the city’s northshore, and its third with employee owners.

Worker-owned cooperatives also are becoming popular, according to Eater, mainly on the west coast.

As he parcels out his restaurants, there is one place that Sobocinski plans to keep: his original spot.

“Soby’s is not on the table. That’s where they’ll bury me,” Sobocinski says. “I’ll be in a wheelchair and be the greeter someday.”