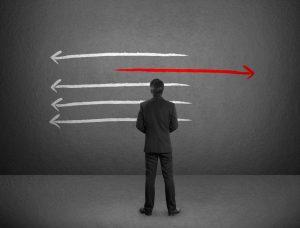 In almost every human pursuit in the last 200 years, we have made monumental progress. However, judging by its dearth reported almost everywhere, it seems we have yet to master the art of great leadership. What remains the problem? Perhaps it begins with the way we define and understand the word itself.  I outline below what I believe to be the three biggest misconceptions:

1. Leadership is about influencing others to achieve something

Very often, I open my leadership seminars by breaking the audience into small groups and asking them to complete the sentence “Leadership is the act of ….” in 15 words or less.  No matter how big the audience is, no matter where in the world the seminar is, each group comes up with an almost identical sentence.  A composite leadership definition derived from collating all these sentences over the years would read something like:

Leadership is the act of setting shared goals and inspiring/motivating people to work together towards achieving them.

Language varies a little from group to group, but the essence is almost always the same – leadership is about what a leader needs to do to others.

If we look at the likes of Mahatma Gandhi, Nelson Mandela and Martin Luther King Jr., it is easy to see that they did not do anything to other people. What they did do was set very clear goals for themselves; and motivated themselves to struggle endlessly towards achieving them. In doing so, they became powerful role models, and that in turn motivated and inspired others to join their journey.

My life is my message – Mahatma Gandhi

2. Leadership is about having the authority to make a difference

Another fun exercise I like to do is ask people to name the leader of their country.  Almost immediately, they name their President or Prime Minister.  Next, I ask them to name the leader of their company, and here again, without any hesitation, they name their Chairman, President or CEO.  But when I follow up with a third question – is leadership the same as position and authority? – I receive a stunning silence in response.  Now they start thinking.

The point is, we automatically assume that the person with the most formal power in a group is the leader.  But does that most powerful person always lead? Is leading about what position one occupies, or about what one does?

Misconception 2 stems from Misconception 1.  Because we believe leadership to be about influencing others in order to get something done, it is natural to assume that the person with the most formal authority is the leader.  This flawed assumption became the primary provocation that drove me to write a whole book titled Too Many Bosses, Too Few Leaders 11 years ago.  Again, if we look at Gandhi, Mandela, King and other great leaders throughout history, we can easily see that for most, if not all their lives, they never held political office, never had formal power or authority, and never commanded armies. Great leadership has very little to do with how much formal authority one has. Yet, most people complain about not having enough authority to make a difference.

Gandhi, Mandela and King were some of the most prominent examples of powerful leadership in the 20th century, but not about power itself.  Their ability to inspire millions came from their own strong belief in a set of values they never compromised, and from pursuing a purpose greater than themselves. Because their purpose was rooted in strongly held values, and because it was greater than themselves, they lost fear.  Because they were not afraid, they never gave up. And because they never gave up, they never failed.  No one empowered them with titles, office or authority – their source of power was within them.

I never lose. Either I win, or I learn. – Nelson Mandela

As parents, we love it when our children listen to us and obey.  When they are too rebellious, we don’t like it.  Very early on, a child realizes that the best way for her to be appreciated and rewarded is to follow parents’ instructions as closely as possible. As parents, we believe we know best what’s right for our children, and without realizing it, we start training them to become fine followers. Yet, we hope they will become great leaders when they grow up.

When the child goes to school, the same misconception continues in class. Which student is the teacher’s pet in most classrooms around the world? The most obedient one.  Not only that, the most obedient kid is usually appointed prefect or monitor of the class. Again, we reward followership in the name of leadership.

In the corporate world, some companies link employee engagement survey results to bonuses and promotion.  This is well intentioned because if a company wants its managers to be good leaders, it should measure leadership effectiveness and reward it. What better way to measure leadership effectiveness than looking at employee engagement survey numbers, right? Wrong! If bonuses, promotions and other rewards are linked to engagement survey results, what kind of behaviors do managers indulge in? Pleasing. They avoid making tough decisions that are needed for the company but might be unpopular amongst staff. Pleasing, is an act of followership, not leadership.

The problem continues even in boardrooms.  When a CEO presents a new strategic direction and plan, and asks the Board to approve it, the first questions the Board usually asks are these: Is this a confirmed best practice? How many others have already proven this model in our industry? If the CEO can give examples of other successes, the Board is quick to approve the plan. “Follow the best practice,” they stress. But if the CEO says no one else has done it yet, that makes the Board uncomfortable.

The next Bill Gates will not build an operating system, and the next Larry Page or Sergey Brin will not build a search engine.  Copying others takes the world from 1 to n, adding more of something familiar. But when you do something new, you go from 0 to 1. Tomorrow’s champions will not win by competing ruthlessly in today’s marketplace; they will escape competition altogether, because their businesses will be unique.

The reason good leadership is so rare despite billions being spent on leadership development each year around the world is because we grossly misunderstand what leadership is in the first place.  Based on the misconceptions described above, we’ve been teaching all the wrong stuff.  Courses and case studies abound on topics like Influencing Skills, Collaboration, Best Practice Replication and Emotional Intelligence, but they miss the point.  I hope it is clear from the examples discussed in this article that leadership is neither about influencing or commanding others, nor about following best practices.  Instead, leadership is about leading rather than just living one’s own life. How does one do so? By developing a burning desire to create a better future, and not giving up on it when the going gets tough. In other words, leadership is about:

So, what about you? Reflect on the following questions to get a sense of where you are in your own journey: