Serebral360° found a great read by Forbes – Entrepreneurs article, “The Ups And Downs Of Starting A Business With A Cofounder.” 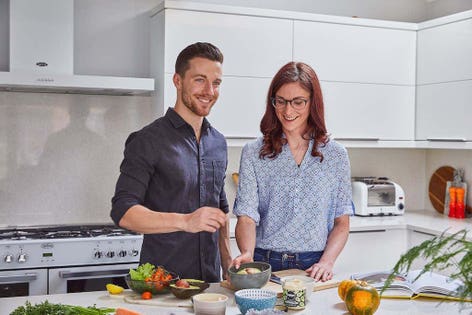 Having a company cofounder, someone to share the burden of starting a new business, can be a key factor in its success. But it’s a relationship that can evolve over time and at various stages of the business journey can become fraught.

In short, starting up with another founder has its pros and cons, as John Cheney, CEO of the CRM software firm Workbooks explains. “The positives are trust; you build trust with people you’ve worked with before, so that’s key, and expectation. You know what your cofounder is good at and what they aren’t so good at, so you can play to either’s strengths and support the weaknesses.”

Having a cofounder can be fun. Often you gravitate towards people you know and like and it’s easier to have fun with those people. It’s a difficult road and you need to enjoy the journey.

But there can be downsides, for example, your cofounder might be the right person to start with, but will they make the long haul? Then there are potential shareholding issues. “If your cofounder isn’t pulling their weight, it can cause a sense of resentment,” adds Cheney. “And what happens if they leave? They still own their shares and so are entitled to dividends, but they aren’t contributing to the success.”

Nevertheless, many businesses launched by teams of founders have embraced both the pros and the cons and gone on to enjoy huge success.

Cybersecurity startup Tessian was founded in 2013 by CEO Tim Sadler, Ed Bishop and Tom Adams, three friends who had studied engineering together at Imperial College London. After graduating they pursued careers in finance and investment banking, and it was here that they identified a problem that needed solving: staff accidentally sending emails, sometimes containing sensitive company data, to the wrong people.

Calling on their engineering knowledge the three came together to solve the problem, starting the company from a kitchen table. Today, Tessian has around 120 employees in the U.K. and U.S. Earlier this year it secured $42 million in Sequoia backed Series B funding earlier this year, and in 2018 it grew by more than 300%.

Sadler sees the main benefit of starting a company with cofounders is that you are able to leverage different skill sets. He says: “My cofounders Ed and Tom work in engineering and product, while I focus on the market strategy and marketing, This helped generate lots of different ideas for the company, particularly in the early stages, and as the business evolves over time.”

Another bonus, he says, is that all three founders share a common objective. “We are all engineers and share the same passion for building things that help solve some of the world’s biggest problems.”

One of the challenges has been dealing with the shift in team dynamics and decision-making responsibilities as the company grows. In the early days all three cofounders were heavily involved in the decision making for everything. As the complexity of the business increased they had to start delegating certain elements to different people.

Sadler says: “There was a natural shift, which meant that my cofounders didn’t need to join every sales meeting I attended, nor did it make sense for me to join every engineering meeting they were having. Our roles simply evolved over time.”

Amy Moring and Jeff Webster are cofounders of Hunter & Gather, a supplier of avocado oils and avocado mayonnaise to leading U.K. retailers. They are also real life partners. Founded in 2017 Hunter & Gather is now moving into scale up phase. It employs a team of six and is on track to turn over around £650,000 ($822,000) by January 2020.

Moring sees huge benefit in being able to share tasks and divide them into areas that they are good at or passionate about. While she heads up sales and marketing, Webster looks after operations, numbers and new product development (NPD).

“It’s tempting at times to interfere, but we’re very strict about not stepping on each other’s toes, and this works for us,” she says. “I believe this approach has helped us achieve success in a relatively short space of time, because we each focus on doing the things that we do best.”

However, being real life partners as well as business partners means the two spend a lot of time together, with the potential to create friction. Their solution has been to set some boundaries and prioritize their own hobbies and spare time interests.

Webster says: “I love taking part in ultra marathons, running 50 to 100 miles at a time, which gives me the space and solitude I crave after a busy week. Amy enjoys riding her horse and competing in equestrian events. Having spent time apart, we come back to work refreshed and revitalized and ready for whatever the week brings.”

Hannah Feldman and Sophie Orman are cofounders of Kidadl, an online marketplace for family leisure. The two met at a hen party where they discussed their mutual frustration in trying to find events and activities suited to their kids, budget and location.

Feldman ultimately quit her City job where she’d spent 16 years as a banker and corporate financier, and teamed up with Orman to launch Kidadl. It now has a team of seven and has raised almost £1 million ($1.3 million) of investment from a cohort of leading European business angels.

For her the biggest plus of having a cofounder is having someone else who lives and breathes the same vision, works late into or through the night on it, and has changed their life because of it.

But she admits that she has found the need for honesty, a crucial factor in any cofounder relationship, both liberating and challenging. “You have to look your own shortcomings in the eye and work through them, as there is nowhere to hide,” says Feldman.

With the intensity of the cofounder relationship comes the mutual expectation and push to drive each other forward, which has also been challenging along the way. “Once you’ve decided to be in it together you have to throw everything you’ve got into it and go for it,” she says.