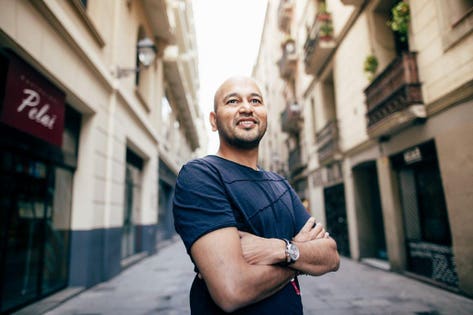 Serebral360° found a great read by Forbes – Entrepreneurs article, “This Entrepreneur Thinks You Should Stop Clock Watching And Start Obsessing Over Results.”

New thinkers in the modern workplace are questioning the need to work nine to five, five days a week, and looking at whether this could be hurting our productivity.

You can split today’s business leaders into three camps. There are those still clinging to the traditional 5:2 model that has served us since The Great Depression when two-day weekends were a solution to underemployment.

At the other end of the spectrum are the bosses looking at results rather than hours worked, meaning their teams could technically work just two days a week if they met their production quota or hit their targets.

And somewhere in the middle are those mixing things up, experimenting with new models like four-day workweeks, offering every tenth day off, or testing the popularity of unlimited annual leave.

One convert to the results-based concept is entrepreneur Ajit Nawalkha, coach, speaker, and cofounder of education technology company Mindvalley, who believes the nine to five approach has no place in knowledge-based businesses.

In his new book Live Big: A Guide to Passion, Practicality, and Purpose, Nawalkha writes about how he did a complete U-turn on his approach to the relationship between time and productivity.

I absolutely had to see every one of my team members at their desk at 9 am sharp each morning, typing like the wind at their computers or at least looking like they were doing something useful. And I expected them to stay there until 5 pm — preferably longer. If I didn’t see someone at the office during those hours, it was a problem for me.”

All that changed when he started to notice the work his team produced did not match the number of hours they spent doing things. After scrutinizing his own output, it dawned on him that much of his time in the office was spent doing nothing, or being distracted.

Nawalkha cites a book by Gary Keller called The One Thing that explained to him the difference between ‘clock time’ and ‘event-based time’.

Clock time works very well in an effort-based environment where you’re expected to do simple, monotonous tasks, like on a factory line. But, for most entrepreneurs and their teams, work is event-based: they must keep going with a task until they’ve reached the expected outcome. For most of us, clock time is all we’ve ever known.

For most of us, clock time is all we’ve ever knownFreestocks.org on Unsplash

This makes perfect sense when you consider just how many people work overtime for no extra money; the job doesn’t end when the clock strikes 5pm, and tasks cannot always be carried over into the next day.

Nawalkha has since transformed the way his company functions, based on these realizations. Shunning the clock, he turned his attention to results instead. Now, his employees no longer keep time logs–they are only measured on what they produce–and he no longer feels guilty about taking breaks in the middle of the working day.

Curious to know how this works in practice, and how his team coped with the change, I spoke to him to find out more.

Nawalkha told me that step one was convincing his employees of the merits of a culture of results. “We started with defining a vision for the company: where were we going and how we would get there,” he said. “The next step was to define immediate business goals and then get an understanding of each person’s role in it. With that clarity, it was easy to assign each person goals and metrics to know if we were making progress or not.”

Goal setting can help make expectations really clear, he explained: “One of the suggested ways is to have team goals, and then break them into individual goals and KPIs. With individual goals tying back into team goals an agreement is made where everyone understands why it’s vital for the team to achieve, and not just the individual.”

In short, if one person doesn’t pull their weight, the team suffers. But how does he make sure everyone is focused on the team’s results, and not how quickly they can get their work finished?

Nawalkha told me that what makes teams work well is attitude and connection. He said: “If your team aligns with your purpose, and if you align with their goals, your team will be excited to work toward the outcome they want to achieve with you and not how long or how little they have to do to get there.”

I asked if results-based work could be open to abuse by lazier members of a team – a reason commonly cited by business leaders who don’t want to offer staff more flexibility because they don’t trust them.

He told me: “There will always be someone who doesn’t fully buy into the idea, or who takes advantage. But clocking in and out of the office doesn’t guarantee results either. One could spend all their time standing by the coffee machine, chatting up other colleagues.”

Results-based working means distractions are on employee timeCrew on Unsplash

When you think about it, the results-based approach is even better for stopping the slackers and shirkers from getting away with it: those who don’t produce get found out pretty quick.

But there is still room for people to be really inefficient. In any given team some will be good at hitting their targets quickly so they can enjoy some downtime while others will be idle and inefficient right up to the last minute, even though they spend a long time willing themselves to work.

I asked Nawalkha how he deals with this and he said: “That does happen. Personalities are different and understanding them is important. We do MBTI (Myers-Briggs Type Indicator Tests) with our teams to understand their personalities so I know as a leader who am I dealing with and what’s the best way to communicate with them.

“The reason why a results-driven environment still works is because of cross responsibilities. Tasks are in often tangled with one other, and slow delivery or a failure to deliver by one team member can affect another team member’s performance. This forces the team to have a holistic view and usually setup timelines which support different working styles.

“To expect someone to go against their nature in getting tasks done is often is counterproductive and builds frustration. Working on a task last minute is not a bad thing if you do it well. Often procrastinators could be so because they like to think about their tasks until the last minute instead of getting to them right away.”

What can a leader who moves her or his team to the results-based method expect to see, I asked him? “If the way we approach work changes, the company culture will automatically start to shift,” he said. “You ideally should see more collaboration, faster execution and better communication between team members.”