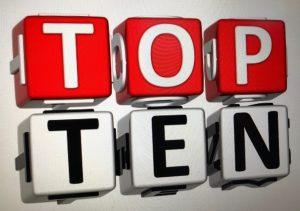 There were a great many long-form technology articles of note in 2018 covering technology trends and companies and individuals who shaped them. Here are ten that caught my eye that i hope you will enjoy.

Is the World Getting Better or Worse? A Look at the Numbers

Harvard psychologist and author, Steven Pinker, analyzes recent data on homicide, war, poverty, pollution and more and comes to conclusion that we are doing better on each front and on many others compared to just 30 years ago. He notes, “We will never have a perfect world, and it would be dangerous to seek one. But there’s no limit to the betterments we can attain if we continue to apply knowledge to enhance human flourishing.” In a year that included so much providing reasons to feel a bit pessimistic, this is a good pick-me-up…with data to back it up.

Inside the New Industrial Revolution

At the 2016 World Economic Forum, Klaus Schwab asserted that the world is entering the fourth industrial revolution. Since then, the impact of digital technologies like the mobile internet, automation, and AI has only accelerated. This WSJ report visualizes many of the trade-offs between the new and the old economy while highlighting many of the surprising ways that the digital economy is growing.

The Friendship That Made Google Huge

Few companies have had a greater impact on the internet than Google, and few people have had a greater impact on Google than Jeff Dean and Sanjay Ghemawat. This is the story of the deep collaboration and friendship between Google’s only two Senior Fellows, and how they developed many of the technologies that allowed Google to grow into the dominant company that it is today.

Beyond the Bitcoin Bubble

After soaring to new heights in 2017, the price of Bitcoin and other cryptocurrencies plummeted in 2018. This in-depth analysis looks beyond the speculative crypto market and argues that architectural breakthrough behind Bitcoin could replace the internet as we know it with something more decentralized and egalitarian.

Bezos Unbound: Exclusive Interview With The Amazon Founder On What He Plans To Conquer Next

Jeff Bezos has built Amazon into one of the world’s most valuable companies, becoming the world’s richest person in the process. In this wide-ranging interview with Forbes – which recently ranked Bezos the most innovative business leader in the country – the Amazon founder shares his approach to innovation and his roadmap for Amazon’s future growth.

When China Rules the Web

For decades, America has guided the growth of the internet and indeed, technological advancement as a whole. However, the days of US dominance may be limited, as China has outlined plans to transform into a cyber-superpower. This report examines the domestic regulation, technological innovation, and foreign policy that China is perusing, as well as how the US can respond.

Palantir Knows Everything About You

Peter Thiel’s data-mining company Palantir is one of the most valuable startups in the world. It is also perhaps the most secretive. This in-depth profile looks at the massive, legally gray data-collection efforts by the company, the detailed profiles they create and sell to law enforcement, the military, and large employers, and how the need to generate a profit has outweighed privacy concerns.

Can Mark Zuckerberg Fix Facebook Before It Breaks Democracy?

Facebook had a rough 2018 – so much so that the company has been rocked by several scandals since The New Yorker published its 14,000-word profile on Mark Zuckerberg in September. That said, the profile does a phenomenal job of summing up Facebook’s recent challenges. As the author notes, “these are not technical puzzles to be cracked in the middle of the night but some of the subtlest aspects of human affairs, including the meaning of truth, the limits of free speech, and the origins of violence.”

The Untold Story of NotPetya, the Most Devastating Cyberattack in History

In what is perhaps the most comprehensive account to-date of the NotPetya cyber attack, which ultimately caused more than $10 billion in damage, Wired takes an in-depth look at the technology behind the attack, the context surrounding it, and how Maersk, the world’s largest shipping firm and the company that was hit hardest, responded.

Alexa, Should We Trust You?

This thoughtful cover story from The Atlantic explores the rapidly evolving relationship between humans and increasingly popular virtual assistants such as Amazon Echo. The article not only provides a good overview of the current state of voice-controlled virtual assistants, but also of the legal, ethical, and moral questions they pose.

Thanks to Brandon Metzger for his help in aggregating this list.

Peter High is President of Metis Strategy, a business and IT advisory firm. His latest book is Implementing World Class IT Strategy. He is also the author of World Class IT: Why Businesses Succeed When IT Triumphs. Peter moderates the Forum on World Class IT podcast series. He speaks at conferences around the world. Follow him on Twitter @PeterAHigh.