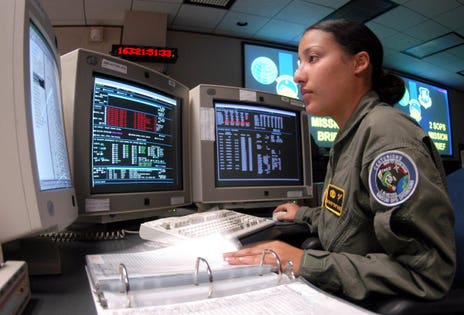 In “The Case for Space” — Robert Zubrin’s refreshingly candid, excellent new book, the longtime space advocate argues that the U.S. needs to get to work deploying both ASATs (anti-satellite weapons) and fighter satellites in Earth orbit. His book’s plea comes when addressing how to best ensure that we as a nation are able to develop and use our near-Earth space environment.

As Zubrin adroitly and succinctly insists in his book, “We must seek to totally outgun them by obtaining a radical technological advantage. This can be done by achieving space supremacy.”

Zubrin argues that if the Axis powers had merely had reconnaissance satellites during World War II, and the Allies had no space-based assets, then the Battle of the Atlantic would have gone to the U-boats and Britain would ultimately have fallen. The U.S. would have lost the Battle of Midway and the Japanese would have destroyed what remained of the U.S. Navy after Pearl Harbor, he writes. This one element of space power, writes Zubrin, would have been enough to win the war.

Does the military industrial complex accept your thesis that another weapons build-up isn’t the solution for a secure America?

Parts of the military understand that space dominance is very important, but I don’t think that as yet there is a general understanding of how important, Zubrin, an astronautical engineer and President of Pioneer Astronautics, told me.

The Case for Space

How far are we behind in this effort?

“Quite far behind,” said Zubrin. “We are gaining a lead the area of space launch, due to the entrepreneurial space launch revolution. But we neither have ASATs nor fighter Sats.”

Zubrin blames the Obama administration for this lack of space-based military assets. “[They] thought they could stop others from developing ASATs by setting a nice example,” he said. “This didn’t work.”

As Zubrin notes in his book, before World War II, military strategists argued that large bomber fleets alone were enough to ensure air supremacy. But as he points out, this wrongheaded thinking caused the U.S. Eighth Air Force, operating B-17 bombers over Nazi Germany, to take horrendous losses. Thus, not until long-range fighter escorts such as the P-51 mustang were introduced, he writes, were the Americans able to achieve the kind of air supremacy needed for victory.

Zubrin writes that in the twenty-first century, victory on land, sea, or in the air will go to the power that controls space. Knock out the enemy’s reconnaissance, communications, and navigational satellites and they are effectively blind, deaf, and without the ability to aim their weapons, he writes. For these reasons, Zubrin argues in his book that in any serious future conventional conflict, space power will prove decisive.

And although both Russia and China are now capable of taking out our low altitude reconnaissance satellites, they still can’t take out our GPS and communications satellites which fly at much higher altitudes writes Zubrin. But he notes that there’s every reason to believe these two potential adversaries are working to develop that capability.

What should the U.S. do to ensure its national security?

Zubrin writes that the U.S. needs fighter satellites that can not only knock out an adversary’s space assets but patrol as escorts for our own reconnaissance, GPS, and communication satellites. Ideally, he notes, such fighter Sats would be easily maneuverable and small and cheap to produce. He advocates arming them with weapons systems that allow them to either intercept an ASAT as it is approaching or destroy it at a distance.

As for the current administration’s proposed space force?

It’s basically a change in the organizational chart, says Zubrin. What really matters are the capabilities we develop, he says, who is adamant that we need a way to protect our space assets, not just destroy those of potential adversaries.

Zubrin says a fighter Sat force could be developed well within the existing military space budget. And he says that as a matter of national security, we should do everything possible to foster the development of entrepreneurial space companies. That’s because, as he points out, in any space conflict, we would take losses .

“ The ability to replace losses quickly and cheaply is essential for victory ,” said Zubrin.

How long would it take for us to develop and launch ASATs and fighter Sats?

“We could have either within four years if we put our minds to it,” said Zubrin. “Fighter Sats would be much more beneficial, as we could use them to protect our own satellites, not just destroy those of an adversary.” These space satellites, he says, would get their orders from the ground but have autonomous capabilities, just as is the case for any soldier, fighter plane, ship, or other military units.

Although the passages addressing this issue make up only a small part of “The Case for Space,” it may be the most important.

Yet Zubrin also offers up the prospect of a global space industry driven by free-market capitalism and the West’s ongoing entrepreneurial space launch revolution. It’s one hopeful alternative to consider when pondering the bleak realities of space militarization.

“If Russia or China hopes to compete with such a Western military space initiative, there is only one way they could do it: they would need to also become free,” Zubrin writes. “In which case, there will be no war.”