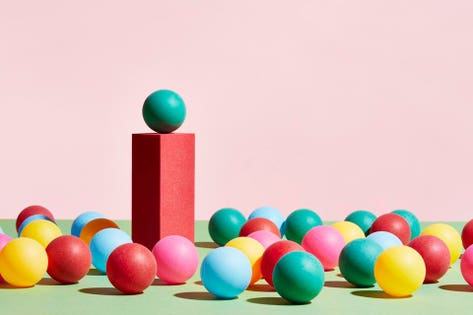 Manipulation has a bad rap. Nobody likes being on the receiving end of manipulative behaviors like bullying, name calling, passive aggression and the like.  Or the more seductive and insidious forms of manipulation that we associate with used-car salesmen, political demagogues and Russian operatives on Facebook. But leaders who scrupulously avoid being manipulative can unnecessarily limit their effectiveness.

For leaders, the question should not be whether to manipulate, but rather to what end. Manipulation can be a powerful tool for getting people to act in their best interest.  The state of New York runs a highly manipulative series of anti-smoking public service announcements (PSAs) that vividly depict the suffering that smokers could expect. Or consider how an anti-littering music video created entirely by fourth graders attempts to charm viewers into doing the right thing. Or how this PSA uses techniques of personalization and simple storytelling to discourage drunk driving. Each of these videos is manipulative in its own way, but only a misanthrope would object to their intentions.

At its core, manipulation is the use of emotions to get another person or group to act as desired by the manipulator. Because we remember ideas and concepts better when they are attached to emotional experiences, great teachers often use manipulation to get their students to want to learn and to remember their lessons. Think of the scene in the film Stand and Deliver in which the famed Garfield High calculus teacher Jaime Escalante reframes problems as questions about projecting outcomes in basketball games. That’s an exciting prospect for students who pay to wear shoes named after famous players.

MBA students are probably the most manipulated of all learners.  Business schools feed them a steady diet of case studies adapted from real situations. These narratives are designed to spark specific emotional conversations that will induce the students to adopt habits of mind that they can rely on throughout their business careers.

Leaders who shy away from manipulation often default to what is called fact-based decision making. Facts are certainly an essential part of making decisions, but they’re not the whole story.  In the real world, we must address most problems without having all the facts. Many problems are impossible to describe entirely with facts.  These are technically known as “wicked problems” and include issues like income inequality, poverty and environmental and natural resources policy.

Highly ethical leaders, stymied by a fear of manipulating those around them, are forgoing highly persuasive tools. Analogy, metaphor, storytelling, scenario planning and appeals to emotion can all be employed for worthy ends. They can also be employed to highly dishonorable ends, inducing people to lie, cheat, steal or invest in fraudulent schemes.

One of the most actionable definitions of a good leader is that of a person who makes other people feel they will be successful. But even this seemingly benign instance of manipulation can be put to nefarious ends. Consider, for example, how Elizabeth Holmes continued to inspire employees and investors to believe in her blood-testing company Theranos long after it was clear to her that its technology didn’t work.  But such bad apples shouldn’t discourage diligent leaders from using emotion to get their employees and team members to be more excited, creative or positively emotional about their work.

Many people now recognize that storytelling can be a more effective motivator than describing a set of facts.  By using a protagonist as the focal point for imparting a lesson, storytellers induce people to project themselves into similar situations. Some of the most effective leaders today use storytelling. Brian Chesky, a co-founder of Airbnb, winningly uses his childhood experiences of travel and his relationship with his mother to explain what his company is all about.

But there is an even more persuasive tool in the great leader’s toolbox—vision.  Unlike stories, the stuff of vision has no beginning, middle or end and no protagonist. It describes a highly desirable end state and, ideally, comes with directions about how to get there. At Amazon, executives can recite the company’s fourteen Leadership Principles at the drop of a hat.

Leaders often fail to share their vision in a way that their people viscerally understand, leaving them thinking “so what?” Try asking your team to describe your vision. They should be able to do it enthusiastically.

An effective vision uses emotional—that is, manipulative—words and concepts so that those around them feel positively excited and want to insert their own answer to “so what?” The vision should make clear how their team will be more emotionally successful when the vision has been reached and how the department, enterprise and people and organizations outside the enterprise will benefit.

The benignly manipulative leader also wants the group to know how they are progressing toward achieving the vision. This requires unflinching honesty. Otherwise, the leader loses the trust essential for people to feel that the leader is acting in their best interest. Everyone understands that setbacks occur and that emotionally exciting visions require the overcoming of hurdles. At this point narrative can be a handy tool, casting the vision as the end of the story, the journey toward it as the middle and today as the beginning. But if you make this a dull story about achieving a dull vision, then you aren’t being manipulative enough.