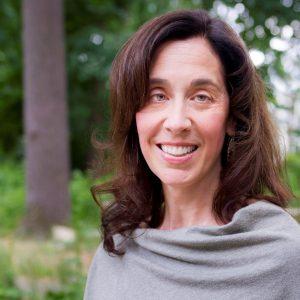 “Biomimicry is the practice of solving problems by learn asking the question, ‘What would nature do?” says Boston Impact Initiative Fund founder and President Deborah Frieze. Her answer to that question has her flipping conventional investing wisdom on its head to close the racial wealth divide in Boston.

Even in the context of impact investing generally, she says, “We’re heading in the wrong direction where the wealth divide continues to get larger.”

“So, when we structure investments, we flip the risk-return ratio.”

My inner investment banker simply could not imagine how this would work but she walked me through the structures she has created.

On the investing side, the fund considers investments in three sorts of deals.

The first group is social entrepreneurs working to create novel systems that directly address racial inequality. These tend to be early-stage ventures with no track record and no proven ability to repay. They receive loans of about $50,000, typically structured with a six-month interest vacation so no payments are due initially. The interest rate charged is just 5%.

The second group of enterprises is main street businesses, which have not taken on capital in the past but have some growth opportunity. They usually do have some track record and evidence of ability to repay and may receive a loan of around $150,000 at a rate between 5 and 7%.

The third group of borrowers is companies are “established and growing” and may be ready for a series A venture investment. In these cases, the fund lends up to $250,000 at a rate of 7%.

As you can see, the traditional concept of risk and return has been flipped. The riskiest businesses receive the lowest rates and most generous terms while the least risky pay a higher rate—still not very high.

The fund also makes some equity investments. These are capped to prevent the investors from extracting too much value from the entrepreneur—and the employees if the firm is operated as a worker-owned cooperative. A typical structure would cap the investment at twice the initial investment with a self-liquidating feature.

Once the value has been achieved, a small royalty on the revenue is triggered and payments begin reducing the investors’ ownership. “Think of it as like patient bridge equity. So, we’re holding the equity until the workers can afford to buy into their share,” she says.

On the fund side, Boston Impact Initiative, which operates as a 501(c)(3) nonprofit, takes investments from both accredited (wealthy) investors and non-accredited (ordinary) investors.

The fund’s investors do not get treated the same. They are treated differently based on their wealth and their ability to absorb losses and need for income. Again, there are three tiers in the model.

Tier 1 at the “top of the capital stack” is the “Community Note” holders. These are ordinary investors. Fifty percent of their investment is held in loan loss reserves so they can’t lose more than that. They receive three-year notes at 3% interest.

Tier 2 in the middle is the “Solidarity Note” holders, accredited investors and institutions. They can invest for the same three-year period at 3% interest or for seven years at 4%. In either case, only 10% of their notes are protected by loan loss reserves. Basically, they don’t receive more income but they do take more risk.

Tier 3 at the bottom is the “Philanthropic Note” holders, typically investments made through donor-advised funds or foundations. “Think of it as a recoverable grant,” Frieze says. They receive five-year notes at 1% interest with no guarantee. They are taking the most risk and receiving the smallest return.

The fund has raised just $10 million, $2 million of which will be held in loan loss reserves so only $8 million will be deployed. Given the tiny interest spread and the allocation of risk, Frieze acknowledges that the fund’s interest rate spread and return on investments will not cover operating costs.

The fund does receive some advisory income from helping other communities learn how to invest capital to close the racial wealth divide. They also hope to leverage its back-office infrastructure to support other funds more efficiently. Finally, philanthropic grants close the operating cost gap.

Frieze takes a positive approach to activism. Her work is defined by her thinking about what makes for effective change leadership. “you’ve got to pioneer or trailblaze something new that’s more compelling than what we’ve got as opposed to only going in and fighting what doesn’t work.”

All of this grew out of Frieze’s application of biomimicry, a concept she says she learned from Margaret Wheatley, her mentor and co-author of Walk Out Walk On. She notes that Boston has a mature economy that, like a mature hardwood forest, grows at 3-4% annually. In contrast, a bamboo forest grows at a 35%, “colonizing everything in its path,” which she compares to Wall Street.

After presenting at the Winter Innovation Summit, an impact investing conference in Salt Lake City in February, she says she’s had calls from about twenty cities looking to replicate her model. Maybe there is a bit of bamboo forest in Boston after all.