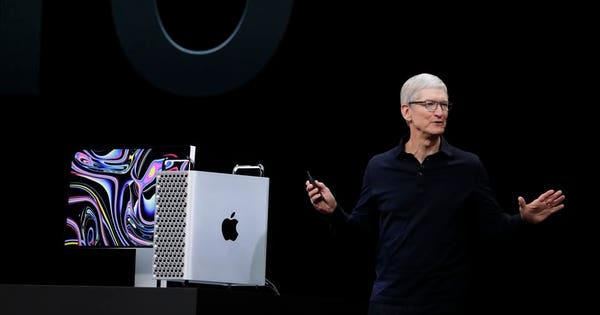 The company at the crossroads of Technology and The Liberal Arts is on a roll. A week after Apple’s most recent keynote, things are starting to settle in. Here are four key takeaways that might not have been top of mind at first:

Apple announced a new operating system, a new App store, a new way of identifying yourself online, and a new flagship product, all on the same day. Can you imagine any other company doing something like this? Some thoughts on each:

iPad OS brings Apple’s operating system count to FIVE! (MacOS, iOS, tvOS, watchOS, iPadOS) each arguably the best in its class. Clearly Apple’s desire to make the iPad a separate experience, and not just a giant iPhone, is gaining traction. The last piece of the puzzle in promoting the Pro version of the iPad as a viable laptop replacement in now in place.

The Apple Watch App Store opens up a new universe of users. With the watch no longer tethered to the iPhone, the Apple Watch can become the go-to wearable tech for anyone, regardless of their phone platform. I can even imagine a world where the watch even becomes the phone in very poor or remote areas, after all, the  feature phone has been touted as a primary device for years. This is a classic Apple announcement that seems like no big deal, but actually opens up a whole new world, like the time iTunes ported to Windows (though that move received lots more fanfare, due to the “Hell Froze Over” tagline of the 2003 event that announced it).

Sign in with Apple makes clear that Apple intends to weaponize its stance on privacy, no longer offering the feature as a nice-to-have add-on, but rather promoting it as a raison d’être for the entire company. Apple wants you to think long and hard about what you’re giving up when you opt in for a free or low-cost service from Facebook or Google.

The New MacPro & Pro Display is just a giant middle finger to the computing industry, showing that the Apple that killed Final Cut Studio, went years without updating its Pro product line, and kept a close eye on value pricing and market share is long gone. It’s not hard to imagine a reprise of the old days in the creative industry, where you’ll remember the first company you saw with a tricked-out MacPro package, like the real estate broker who drives a Bentley to show off. The seemingly high prices of this high-end equipment, yes, even the $1000 monitor stand, will become de rigueur admission to the creative industry high end. If the machine works as well as advertised, so much the better.

The Apple of WWDC 2019 is re-energized, excited about the future, and not afraid of anyone. It’s a little scary, actually.