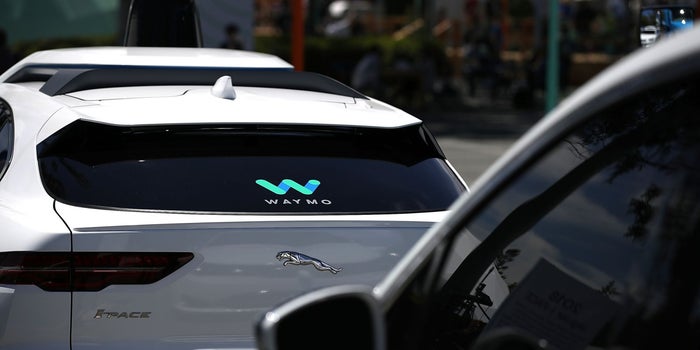 Serebral360° found a great read by Entrepreneur article, “What Crashing Autonomous Cars Tell Us About the Future of Product Liability.”

Welcome to the club, Waymo.

Uber has been there. Tesla has been there. And now a self-driving car from the Google self-driving subsidiary has been involved in an accident on the open road. (Though, to be fair, in Waymo’s case the incident was far less serious than those other deadly crashes, and was caused not by Waymo’s software but instead a human driver who veered into the path of an oncoming motorcyclist.)

But, whatever the cause and severity, all of these cases have raised new questions about autonomous cars and the related liability issues.

This technology was supposed to make driving safer. But, will self-driving cars end up making our roads more dangerous? More importantly, who will be held responsible when the inevitable happens?

As Car and Driver magazine writes: "Who is to blame? Who gets sued in these scenarios? The tire company? The software maker? The drivers who touched ‘Agree’ on their startup screens? In all cases, we appear to be exchanging one set of understood risks for another more opaque sort. And the implications of these new risks will need to be figured out before driverless cars can operate in the real world."

At its root, these are questions of product liability.

Consider the current situation: In 2017, 40,100 people were killed in vehicle accidents in the U.S., according to National Safety Council estimates, up roughly 6 percent from 2015. Road deaths have been trending higher because distracted driving is rising as a result of smartphone use. This comes even as automakers have improved vehicle safety by adding air bags and collision avoidance systems.

It’s reasonable to assume that autonomous cars will beat current safety benchmarks — human error is responsible for more than 90 percent of crashes. Autonomous cars won’t speed or text while driving, become distracted by their phone, or drive drunk or aggressively.

But, with human error taken out of the picture, automakers and auto suppliers are going to find they become the unwilling participants in a new blame game. It’s as if the car and its components will take on all of the liability borne by the driver in the past. If an accident happens, it’s because of a failure of a car part. That’s a new role for many suppliers.

But, amid all of this change, there are a few key facts about product liability that automakers and suppliers should keep in mind going forward.

This will happen over time.

We’re in a transition phase right now where we don’t have fully autonomous vehicles on the road yet, but that will change over the next 10 to 20 years. We have a collective interest in moving toward fully autonomous vehicles because they will very likely dramatically reduce the number of traffic-related deaths and injuries, but the transition is going to be a process. We’re going from a world where about 95 percent of automobile related liability claims are related to driver error to one where effectively zero are. This won’t happen overnight.

The law is still unsettled.

One of the complexities of tort law is that in the United States we have at least 51 different systems of law, for each of the states and then the federal level. There are some similarities, but they can be quite different. Eventually we’re going to need a federal regulatory solution that would preempt state law claims, so that manufacturers will have one common set of criteria or requirements to meet. That will take time as well, but it should be a key legislative goal.

Software is going to play a key role.

We’re getting to a world where eventually all accidents are going to be arguably attributable to defects in programming. That’s new. Of course we will still have occasional mechanical failures, but the real issue is going to be how the underlying algorithms that are controlling the vehicle respond in a given situation, with liability falling back on the software developer. Traditional tort law will address this like any other product liability claim, because it’s a product that doesn’t conform to consumer expectations and isn’t safe. But, I don’t expect it to end there. There will likely be a new regulatory regime built up around this, with corresponding changes to tort law that could have wide-reaching impact.

There have long been stories about security researchers hacking into cruise control systems and other fairly primitive automotive electronics, but that’s worlds away from a third party taking control of a fully autonomous vehicle at, for example, highway speeds. This is another source of liability that is probably going to come back to the manufacturer and the software developer, assuming that they should have anticipated that malicious actors might try to seize control of an autonomous vehicle and protect it against that.

The truth is, if everything is being controlled by the car itself, then liability will be solely a manufacturing concern. But, it likely won’t be that simple. It all depends on where we land in terms of complete autonomy. It’s reasonable to expect that the "driver" will still be able to manually override the system in the event of an emergency. Who takes responsibility for what happens after that point?

Whatever happens around product liability and autonomous vehicles, automakers must work closely with regulators to raise public awareness of the implications of this transition. This isn’t the first time the law has gone through an evolution like this. The question now is whether our legal regime, which is essentially a 19th century construct, can keep up with today’s new and more complicated technology, without getting drowned out by the outsized media coverage that every driverless car accident attracts.

Related:
What Crashing Autonomous Cars Tell Us About the Future of Product Liability
60-Second Video: Tech CEOs Lose $61 Billion
Is Japan Heading Towards A Self-Driving Revolution?