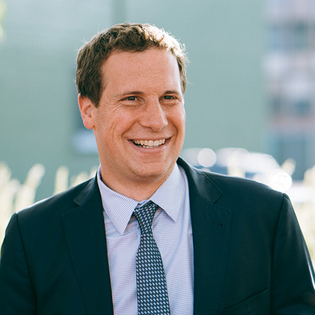 Serebral360° found a great read by Forbes – Entrepreneurs article, “What Playing for a National Championship-Winning Basketball Team Taught This CEO About Leadership.”

March Madness always ends, but the lessons every player learns on the court—from incredible victories to bitter defeats—will stay far beyond their college basketball careers.

Just envision the camaraderie, commitment to excellence and sheer determination these men experience as young athletes. These skills culminate into a perfect recipe for a future business leader—and for Mat Ishbia, the CEO and President of United Wholesale Mortgage (UWM), it was.

During his time with MSU, the Spartans went to three Final Fours and won the 2000 National Championships. Though Mat’s game day role was as a supportive, third-string player, his four years competing alongside greatness would shape Mat’s life far beyond the basketball court and into the business world.

“I never became a star player [at MSU], but it was the best experience of my life. I wouldn’t change it for the world.” As an undeniably talented high school player, Mat had options on where to begin his college basketball career. He was recruited by several smaller Division I universities as they tried to sell him on a college career in the spotlight and a full scholarship—not an easy offer to pass up for a teenager.

However, Mat dreamt of more than being the best. He wanted to play with and compete against the best, even if that meant taking a supporting role to stronger, NBA-caliber players. So, when Michigan State—one of the top programs in the country—reached out to him, Mat knew his destiny was to be a Spartan.

At MSU, Mat was offered a preferred walk-on spot. That meant there was no guarantee he’d even make the roster. Even if he did, Mat certainly wouldn’t be a star player. But, “I knew I could compete at any level,” remembers Mat. “I knew if I outworked people, I’d get that opportunity…and if there was a spot, I was going to have that spot.”

Armed with determination, Mat arrived as a walk-on freshman at Michigan State and earned a place on the team. It’s also when Mat met the person he calls his biggest influence—Tom Izzo. Under Izzo’s leadership, Mat evolved far past growing his ball handling and free throw skills.

“The culture at Michigan State basketball is about inclusion and family,” says Mat. “Everyone treated people with respect. But at the same time, you had to earn that respect every day.”

At every practice, Mat grinded alongside the team’s top players like Mateen Cleeves, Morris Peterson and Charlie Bell consistently proving he belonged in their ranks. In return, Mat experienced incredible camaraderie, appreciation and equality. It didn’t matter if you scored thirty points a game or zero—every player on the team was family.

Looking back, Mat attributes his successful four years at MSU to going out of his comfort zone and putting teamwork above fame. “It [would have been] comfortable to go play at a small Division I school,” says Mat. “It would be comfortable to go be a star. It’d be comfortable to keep doing that instead of pushing outside of my comfort level and trying to be the best version of myself I could be.

“And that’s what I did. And that worked.”

Finding Success Off the Court

“If you’re not learning and you’re not getting better, someone’s going to pass you by.”

After he graduated from Michigan State in 2003, Mat coached for a year alongside Izzo and envisioned becoming a professional basketball coach. Then, Mat’s father suggested he experiment with a different career path at his mortgage business.

On paper, the mortgage industry sounded like a complete switch from athletics. However, his father expressed how running great businesses are similar to running great teams. “He said I [could] take some of the things I learned in basketball,” says Mat, “and apply them to business and maybe even do something even bigger than being a coach.”

Mat was hesitant at first. But always one to leap outside his comfort zone, he gave the business world a chance. Almost instantly, he fell in love.

“The competitiveness. The drive to be great. It translated,” remembers Mat. “Now I can channel [that basketball] energy into business…I’ve loved it ever since I’ve been here.”

However, just because his father ran the business didn’t mean Mat started with a leg up. His first job was picking up faxes and bringing them to the underwriter. But forever hooked on the nonstop energy gained after four years at MSU, Mat had a fire to become the best at his newest passion—business.

Without a background in the business world, Mat knew he had to learn from the ground up and took the challenge head-on. He quickly moved up into a role as an underwriter, then into secondary marketing and eventually sales.

It was in sales that Mat finally interacted directly clients and grasped the importance of those human relationships. His higher status within the company also gave him invaluable insight into what it took to rise up—and eventually lead—a strong organization.

When looking back, Mat says, “There are so many great people at levels that you wouldn’t know. I don’t care if this person had a college degree or not. This person cared and this person was working hard.

“And I learned it wasn’t about your background. It’s not about what you did in the past. It’s about what you’re doing now and what you can do in the future.”

It’s been less than twenty years since leaving college basketball behind, but between tireless work and a people-first mentality, Mat has risen alongside UWM to become the CEO at one of the fastest growing companies in the country.

By taking cues from his Michigan State days, Mat leads with a basketball coach mentality. He also expects his employees to work together as loyal team players.

“I try to be the ultimate teammate,” he says “You’ve got to find your role. [At UWM], I’m the CEO. I’ve got to be the best CEO compared to other CEOs. I don’t have to be the best marketing person or best salesperson. [Like at MSU], I had to be the best third-string point guard in the country.”

He also integrates lessons learned under Tom Izzo and applies them to his own team. As a leader, Mat knows it’s his role to not only bring the best people into UWM—but to keep them there. To do that, employees have to love coming into work and feel like they’re being treated right—like a part of the family.

But family isn’t always easy. Mat expects his team members to put in hard, high-quality work during the day. When his team’s on the clock, Mat expects everyone to give UWM everything they’ve got. Every moment should be filled with collaboration, dedication and a drive to be the best for yourself—and for the entire organization.

Again, he points back to how Izzo found balance as a coach. A great leader can’t be too soft. “They all think you’re a great guy, but you don’t win any games,” says Mat. “Then [a coach] can be a real jerk and yell all the time. You might win some games, but no one wants to be around you.

“[For Tom Izzo], it’s in the middle. He’ll hold you highly accountable, but he treats you like family and cares about you. And that middle ground is what we focus on here.”

In return, however, Mat and his leadership team foster a culture with a strong work-life balance. For example, their Pontiac, Michigan headquarters was designed to make those daily, time-consuming errands a little easier. From a grocery store to a doctor’s office to, of course—a basketball court—employees can tackle the little things without wasting precious time outside of the office.

He also rewards this team with regular gestures of genuine appreciation and gratitude. This not only builds better intrapersonal relationships, but Mat also knows that no company succeeds without passionate, driven people working extraordinarily hard.

Even if they’re in a small, supporting role, every employee not only offers value to a company, but they deserve to know it’s being recognized. Just like his star-studded team at MSU showed gratitude to Mat, a few seconds of positivity from a company’s leadership can leave a lasting impact.

“[Appreciation] is something I’m passionate about,” says Mat, “because I didn’t get to where I’m at without a lot of help—and I’m not going to get to where we want to get without more help from a lot of people. “

“And I hope that I’m helping other people get to where they want to be too.”

Want to hear my entire conversation with Mat Ishbia? Learn more about his time on the Michigan State basketball team, how he balances work with his family life, why he prefers his office to a round of golf and so much more. Listen to the entire conversation on my donothing podcast.

Connect with me on Twitter and LinkedIn and keep up with my company imageOne here. Learn about my mission to show business leaders how mindfulness can transform you and your business in my book donothing. Visit www.donothingbook.com for more information.