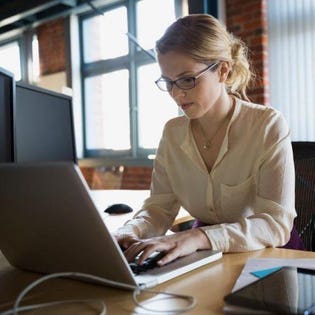 Serebral360° found a great read by Forbes – Entrepreneurs article, “When, If Ever, Is It Appropriate To Ghost?.”

Even if you’ve never used an online dating app, you’ve probably heard of “ghosting.” In the world of greater social interaction, ghosting is when someone — a romantic partner, a random acquaintance from college or a person you met last month at a networking event — suddenly withdraws all communication. No phone call. No text. No email. Nothing but radio silence.

By no means a new concept per se, this phenomenon has peaked in the digital age. When it comes to digital dealings, the inherent lack of in-person communication can embolden individuals to cut ties this way. There are far fewer consequences of avoiding or ignoring someone online than in person. And while I’m no psychologist, people who ghost are sometimes avoiding their own discomforts. Again, airing grievances is easier online and, sometimes, being ghosted may be a reactionary response to other stimuli in one’s busy, hectic life.

Regardless, there are different dynamics at play when we contrast personal and business relationships. The former may involve a complex combination of intricacies and emotions, but the latter is dissimilar. From employees to contractors and clients to prospects, there are often underlying motives behind business relationships. In other words, there are often agreements, whether contractual or not, that fuel most of these associations.

Whether you’re expecting a new retainer or a response to an email, you’ve most likely invested time and effort into your communication. And when you’re ghosted, it can feel pretty frustrating.

Ghosting And Communication In The Media World

Ghosting is especially noticeable in professions and industries that are centered on communication. In the advertising, marketing and media world, the work we produce is quite literally dependent on the effective transfer of information. From effective correspondence with team members and clients to building and maintaining a stable of industry contacts, these interactions inform our success. Plus, people move around quite often. You’re likely to run into the same people throughout the span of a few years (if not weeks) in the industry.

The media world is small, and we’re all communication professionals. In a world built on relationships, it’s important to remain honest and friendly. While there’s no such thing as a free handout — we work hard, generally, in an attempt to be the best we can be — we often rely on one another’s goodwill to stay afloat. I like to call it friendly competition.

The point is, you never know when ghosting somebody will come back to haunt you. Slighting somebody may cost you a conversation, connection, relationship or even a new client.

Is Ghosting Ever OK?

So, is it ever appropriate to ghost someone in a professional setting? And what is the antidote to this rather harsh communication technique?

I’ll be the first person to admit it: There have been times when I’ve wanted to respond to an email in a, shall we say, less-than-polite way. If I’m stressed, having a long week or am in desperate need of a cup of coffee (in other words, acting like a normal human being), in the heat of the moment, it can be easy to want to give in to my knee-jerk reactions.

This is only natural, right? Sure. However, I think it’s your actual response that’s more important. We could talk for days about karma, destiny, luck and the like. But I also think that business communication extends beyond whatever belief system you subscribe to. The way you conduct yourself on a professional level is indicative of the type of human (or boss, co-worker or client) you wish to be.

Ignoring a message, email or phone call is the easy way out. In almost all cases, you should respond to a piece of communication, even if the response is awkward or uncomfortable. Sometimes, a polite no suffices. Just the effort of responding is a display of respect, which can mean a lot for your company, your personal brand and your overall character.

Don’t believe me? In the words of Mark Cuban — serial entrepreneur, owner of the Dallas Mavericks, and star of ABC’s Shark Tank — kindness is the way to go. “One of the most underrated skills in business right now is being nice,” says Cuban. “Nice sells.”