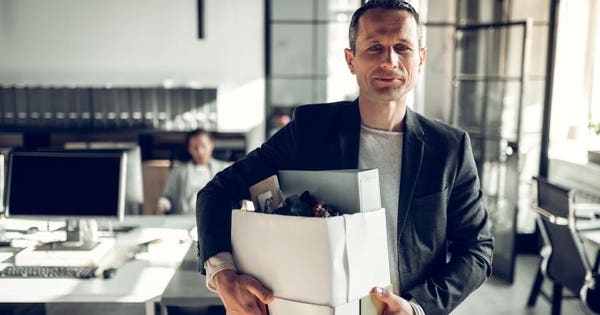 Corporations lose their biggest engines of growth, the talented people who know how to innovate.

Corporations fail to innovate because they lose their most innovative talent. Internal innovators, the people most likely to create new value, find themselves leaving the company they work for to start their own ventures, often creating vast amounts of customer and shareholder value. This value could have been retained by the original corporation if it knew how to recognize this talent and was able to create an environment where that talent could thrive.

Eric Yuan, the founder of Zoom, maker of the popular video conferencing software, worked at WebEx (a division of Cisco) as head of the engineering. However, he believed both that Cisco’s videoconferencing product was not particularly good and that someone with a better, cloud-based product would come around to beat them. Even though he had a coveted and lucrative job as a senior tech exec, he was embarrassed by the fact that his customers were not happy. He tried to convince his management that they needed to build a better offering but his bosses did not agree. Finally, he left to build the new product himself. As we now know, Zoom became immensely popular and successful; the company is now valued at almost $25 billion.

This value could have been retained by Cisco had it provided an environment where Yuan would stay. Instead, Cisco committed one of the most common errors in corporate innovation. It failed to recognize an internal innovator and ignored signs that its own flagship product, despite its high market share, was vulnerable.

Cisco is not alone. Large companies routinely miss out on building new value because their internal innovators, lacking an environment where they can thrive, leave and become entrepreneurs. According to the Kauffman Foundation, over 75% of successful entrepreneurs, across a cross-section of industries, worked at larger companies before starting their own.

This leads to an almost comical cycle. Large corporations are unable to hold on to their best innovators, who go out to start successful ventures. Many of these same large companies, in an effort to learn how to innovate, start sending teams to places like Silicon Valley to study how startups do it, not realizing that the entrepreneurs they are visiting cut their teeth at companies very much like their own.

This whole cycle can be avoided if corporations understand why internal innovators leave and develop measures to retain them.

1. They fail to recognize and support the innovators

Internal innovators have some characteristics in common that companies should learn to recognize. First, they are not likely to be “flashy” people who dominate meetings and are able to discuss business strategy with ease. Instead, the true innovators are the ones who are grounded, disciplined, intrinsically motivated and good collaborators. And they are almost always subject matter experts who deeply understand their domain.

These are the people you should be recognizing, rewarding and most importantly, giving them the freedom to innovate. And these are the people who, if not supported, have the confidence and the ability to leave and start their own companies to pursue their ideas.

Within many corporations great ideas never see the light of day. Companies are notorious for rejecting good ideas because it is always safer to say no. Managers never get in trouble for saying “no.” It’s only when you say “yes” to the wrong things that you begin to invite criticism. As a result, corporations develop risk-averse cultures.

In rare instances internal innovators are able to break through corporate barriers and succeed. One example is Nespresso, the brainchild of Nestlé employee Eric Favre. Favre wanted to develop Nespresso as a product, but his bosses feared it would hurt Nescafe sales.

For years Favre secretly kept working on building the Nespresso machine. Eventually he persuaded the company to let him try it with consumers. People loved it. Today Nespresso has become the most significant innovation in home coffee consumption since the paper filter.

Nespresso is an example of a persistent employee overcoming naysayers and toiling away on a project they believe in, eventually creating a groundbreaking innovation. But this is not the norm. In most cases new ideas get quashed by managers, prompting internal innovators to take their ideas and start their own companies. Favre’s idea might have been just as successful if it was developed as a startup.

Rates of innovation will only increase when corporations learn to create a culture of saying yes to more things and providing more support to internal innovators. Otherwise your best value creators – along with their ideas – will walk away because there is no shortage of funding and support for good ideas and entrepreneurial talent.

What happens when you do something spectacular at a corporation that results in hundreds of millions of dollars in new value? Maybe you develop something like Zoom or Nespresso internally. Sure, you will be recognized, maybe get a promotion or a big bonus, or finally get promoted to a vice president or an SVP.

Is this “equal” to the value you have created?

The two settings have many differences and risk profiles, but if corporations don’t want to lose their greatest value creators, the rewards system needs to be realigned so that internal innovators share far more in the upside they helped create. If someone drives a billion dollars of incremental value then why not pay them $25 million (or any number proportional to the value created). This is an issue the board and leadership of an organization must tackle if there is a genuine desire to create a new generation of value.

Instead in many companies, rewards are tied to functional success (the successful achievement of tasks,) rather than to the overall success of an initiative. So, a company may end up launching a new product that no one buys, but if it is done on time and under budget, the team is rewarded for doing their job. These rewards are clearly for naught.

Unless rewards are reasonably proportional to output, the best innovators will leave and try their hand at building their own startup.

If a corporate environment, or biome, offers a better chance of innovation success than a startup, and if there is clarity for employees in the upside of new value creation, then internal innovators will have less reason to leave their jobs and create their own companies.

And when that happens, corporations will not lose their biggest engines of growth, the talented people who know how to innovate.