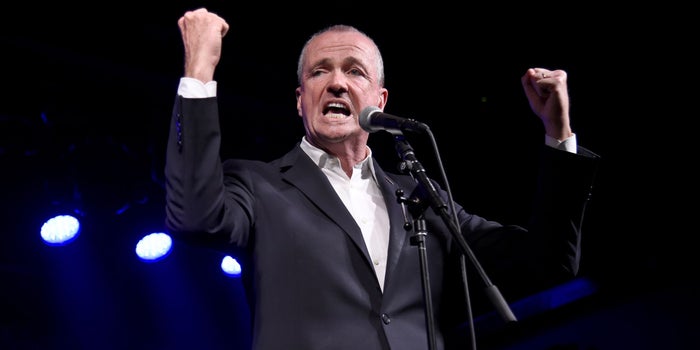 Serebral360° found a great read by Entrepreneur article, “Why Is There No Green in the Garden State?.”

It wasn’t supposed to go down this way. New Jersey Gov. Phil Murphy made marijuana legalization a focal point for his administration, and surveys found that a majority of people in New Jersey supported legalization. But New Jersey lawmakers disagreed on the issue for a number of reasons, many of them revolving around the proposed law’s social justice component, and now the future of legalization in the Garden State is in question.

In March, a vote was called off on legalizing recreational marijuana because not enough votes were there in the state senate to pass the bill, according to NJ.com. But the issue is not dead. State Senate President Stephen Sweeney said, “we’ll be back at this,” and Gov. Murphy promised, "We still stay in the fight. We will get there."

It’s possible the issue could come up again for a vote later this year, although no firm date has been set yet.

So what went wrong? Here’s a look at two of the issues that derailed the vote, based on reporting from NJ.com, the Asbury Park Press and the New York Times.

One of the key stumbling blocks to legalization has been the issue of incorporating social justice into legislation.

For example, the proposed law expunges criminal records for those convicted of possessing up to five pounds of cannabis — that’s a higher amount than any other state. The state also plans to reserve a set number of marijuana business licenses to be awarded in communities with high rates of weed-related arrests as well as high unemployment.

Despite these progressive elements, the legalization bill is opposed by many prominent black lawmakers in New Jersey. State Sen. Ronald L. Rice from Newark said legalization could lead to “marijuana bodegas” that would push the drug into poor urban communities, according to the Times, which also reported that state Sen. Shirley Turner came back from a visit to Colorado worried that teenagers would “be tempted” to try the drug if it was made legal.

In addition, state Sen. Nia Gill voiced worries that — based on a study from Colorado — the arrest rates for black residents would not go down even with legalization (even in states where marijuana is legal, there are limits on the amount you can carry and where you can carry it). The study found that marijuana-related arrests for black people doubled the rate for white people in Colorado after legalization.

She said the disparity does not have to do with legalization, but rather with policing.

The law’s provision to expunge the records of those arrested with up to five pounds of cannabis has been controversial. Christopher Bateman, a Republican senator, told the Times, “Five pounds is a lot of pot.” He said that possessing that much marijuana indicted a desire to sell it, not “you and I smoking a little bit.”

Other conservative lawmakers voiced concerns about legalization becoming a public safety issue . They cite the dangers of putting more impaired drivers on the state’s roads. Some, including Democrats, voiced concern about the lack of a field test that can accurately judge whether someone is too impaired by cannabis to drive.

Others have apprehension about teen use and the potential impact on overall public health.

Addressing all these issues is the task of Murphy and the bill’s supporters. But it shows how difficult it can be to pass recreational marijuana legalization through a state legislature, rather than by public vote. Sweeney admitted, according to NJ.com, that he “may have underestimated the challenge of getting this passed.”

Related:
Why Is There No Green in the Garden State?
Will New Mexico Be The Next To Legalize?
Big Business is Cashing In On the Cannabis-Fueled Green Rush