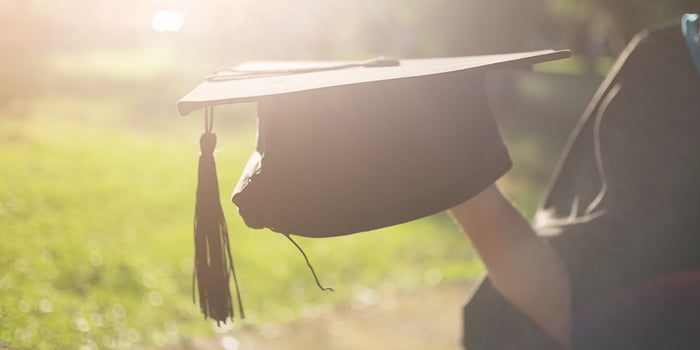 Serebral360° found a great read by Entrepreneur article, “Why You’ll Have a Better Shot at Joining the C-Suite in 2019.”

Studying hard to get a college degree is the route to a good job, or so we were told. The number of U.S. adults with a college degree has been growing every year for decades. In the face of rising tuition fees, parents are being advised to start saving for college before their kids are even eating solid food.

But is college education really the Holy Grail of well-paid employment with a reputable company? In 2018, the evidence is stacking up to show that employers are placing a decreasing emphasis on job candidates holding a college degree.

Google consistently ranks as one of the top companies to work for in the U.S. As far back as 2014, Laszlo Bock, Google’s Senior VP of People Operations, stated that holding a degree is not a prerequisite for employment with the company. In an interview with the New York Times, Bock indicated that for every job at Google, cognitive ability is the most essential attribute. His points were summed up as “prospective bosses today care less about what you know or where you learned it than what value you can create with what you know.”

Google is not alone. Big Four accounting firm EY also stated that a lack of academic qualifications “will no longer act as a barrier to getting a foot in the door.” Recently, recruitment company Glassdoor published a list of 15 top U.S. employers actively recruiting for jobs that said they do not require a college degree.

All this is not to say that your college degree is worthless, but it is evidence that the job scene is changing. After the global recession in 2008, jobs were scarce, and many graduates found themselves unable to get work as employers raised the bar of requirements sky-high.

As the economy recovered, the job market has picked up. Now, signs are emerging to indicate employers realize that competence matters more than having studied for a four-year degree. Companies are now implementing recruitment processes that focus on ensuring candidates demonstrate the right skills, or potential for acquiring them, rather than focusing on education and experience levels. With more and more people holding a degree, it is hardly surprising that employers are looking for other differentiators.

Success doesn’t depend on a degree.

Many big-name entrepreneurs have achieved massive success in their industries without graduating from college. Richard Branson suffers from dyslexia which caused him to struggle at school. He left the education system at 16 and went on to found the Virgin Group, which now controls more than 400 companies.

John Mackey dropped out of his studies at the University of Texas, saying he found the classes boring. After joining a vegetarian co-op with his girlfriend, the pair decided to open a natural grocery store which ultimately grew into the Whole Foods chain. Last year, Amazon bought Whole Foods in a deal worth $13.7 billion.

Frederick Royce, one of the names behind luxury car firm Rolls Royce, managed to make his name without having set foot in a university building. After his father died, the young Royce finished school after only one year of formal education. In 1878, he did an apprenticeship and entered into a business partnership with a friend in 1884 — with just a £20 stake. By 1899, the company underwent a public floatation, and the rest is history.

Of course, the tech sector produces some of the best stories about entrepreneurial success, and plenty of those involve people who didn’t take the traditional college route. Steve Jobs, cofounder of Apple, dropped out of college after one semester.

Related: Why Skills Shouldn’t Be Just a P.S. on a Resume

His business rival Bill Gates managed a whole two semesters at Harvard before he dropped out and co-founded Microsoft. Harvard later awarded him an honorary degree. Mark Zuckerberg and Jack Dorsey founded their own highly successful tech companies in Facebook and Twitter respectively, and neither of them graduated college.

David Karp didn’t even finish high school. After discovering there was no computer science course he could take, Karp dropped out and decided to focus on developing his technical skills. This decision led him to found the online microblogging site Tumblr, which was later acquired by Yahoo for a cool $1 billion. Not a bad deal for a 27-year-old CEO.

There are other stories outside of the world of business and technology. Ralph Lauren founded a global multi-billion dollar fashion business in his own name after having dropped out of college two years into his studies. David Geffen built up two record labels as well as co-founding Dreamworks SKG Studio together with Steven Spielberg. He also dropped out of college after two years.

Online learning is an opportunity.

All of these people succeeded not only in spite of their lack of college education but also in an age before the internet was so ubiquitous. In today’s world, we have unprecedented access to all of the world’s information at our fingertips — on laptops, tablets and smartphones. If you are someone who feels that the world of academia is just not for you, then there is no reason to exclude all study from your agenda.

Online learning has never been easier, and it could help flesh out the education section on your resume without setting foot in a classroom. All industries and fields offer some kind of online courses. For many years now, technology has been a solid choice as developments are so rapid, all companies need IT people of some description. Right now, the tech sector is exploding, and there are a vast number of jobs open in areas such as big data, blockchain development and artificial intelligence. Columbia University offers a Machine Learning for Data Science and Analytics course via online learning platform edX.

If you want to instead learn how to build a business from scratch Coursera partners with various academic institutions to offer a range of business courses at different levels. For example, the University of Pennsylvania provides a Business Foundations course, whereas the University of Illinois offers an online MBA for the more ambitious.

Related: How I Became the CEO of a Multimillion-Dollar Company — Without Going to College

These days, it matters less whether you are a college graduate or have chosen to get your degree from the University of Life. Employers are looking for smart people who can prove at interviews that they can get the job done. The brightest students these days are the ones who use the university experience to prepare themselves for the challenges of the world of work, without depending on it as an automatic passport to the best jobs.

Savvy non-academics should make the most of the online resources available to them, creating less risk that employers will discriminate in favor of those clutching their freshly-printed degree certificates.

Related:
Why You’ll Have a Better Shot at Joining the C-Suite in 2019
Bold Moves and Fearless Networking Will Help You Forge Partnerships
How to Crack the Highly Competitive EdTech Sector in Asia