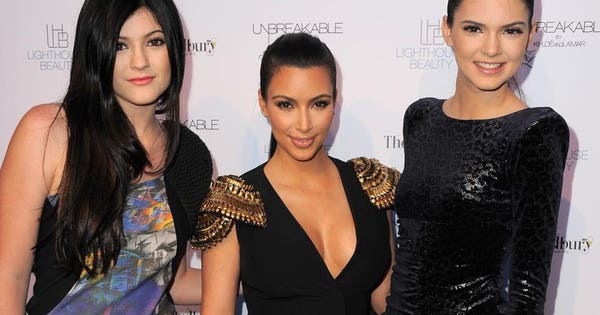 Kylie Jenner, Kim Kardashian and Kendall Jenner are leading influencers, but out of reach to most start-ups (Photo by Jordan Strauss/Invision/AP Images)

Working with influencers has now become part of many consumer brands’ growth strategies, but this way of reaching consumers is still so new that there is plenty of room for error. While the Kardashian / Jenner clan is known for shifting product and dresses worn by Meghan Markle sell out in minutes, most brands, especially start-ups, cannot reach these mega stars. They are left with millions of influencers, dispersed across a multitude of channels, each naming their own price for promotion, often without much proof that their content actually drives sales. Brands are often running to keep up with changes in features and algorithms and end up wasting money. Even though today’s digital channels are supposedly easy to track, US department-store magnate John Wanakamer’s words still ring true, even if they were said in the 1800s, “Half the money I spend on advertising is wasted; the trouble is I don’t know which half.”

At Enty, a platform where consumers get on-demand feedback from professional stylists, we have worked with influencers across channels, using different content and payment methods. In general, when we get it right, the quality of consumers we get via influencers is higher – they tend to love our proposition more and spend more time and money on our platform, than those who come via paid digital marketing channels such as Facebook. However, getting it right is a process of trial and error, and much more difficult than simply putting up creative into the Facebook Advertiser tool and pumping in money.

For startups especially, growth through influencers can a better strategy, since Facebook and Google are expensive tools. But start-ups have to know how to work with influencers, otherwise their tiny marketing budgets will be wasted.

Engagement is more important than the number of followers

To get real results for your marketing campaign, whether it is sales or brand awareness, look at how an influencer’s followers interact with their posts, rather than at the headline follower number. If people are commenting on the posts that mention your brand, you can be certain that they are aware of it. In general, influencers with higher follower counts have fewer comments on their posts. Consumers are interested in the semi-famous person as eye candy, but do not take their product advice very seriously because it is no longer relevant to their everyday lives. Someone with 12,000 followers is usually still a person consumers can relate to, and are therefore more likely to consider their product recommendations.

Yoke, an influencer marketing platform, recommends that companies work with as many nano-influencers as possible. Nano-influencers, those with 2,000 – 10,000 followers, are not often approached by brands, and can become happy and willing promoters simply in exchange for free use of your product.

Start with your fans

Start by finding the influencers you want to work with by looking among your existing fans. If your brand already has social media channels and customers, find people who love your product and have influence among their peer group. You are not looking for Kim Kardashian, but for the popular girl at college.

Candy Kittens, a sweet brand, has formalized this process by selecting consumers who love them on social media and selecting their super-fans into a Sweet Squad. There are around 30 people in the Sweet Squad, who get free Candy Kittens sweets every month and treats from the company’s partners. While these fans are not celebrities, their promotion of the company drives brand awareness amongst their peer group, which is the brands’ target market. Sweet Squad members also act as the brand’s focus group, giving feedback on new initiatives and products.

Not only is this strategy great for startups with no marketing budget, it also drives promotion from the heart, rather than the wallet.

The easiest way to waste money on influencer marketing is to pay for a set number of posts from an influencer. In this case, the brand handles all the risk of the campaign not working, and the influencer is not incentivized to use their creativity and imagination. While this format is reminiscent of traditional TV and magazine placement, it is being replaced for pay for performance amongst influencers.

Costs vary across different industry segments, and are similar to those on digital marketing channels. For example, hyper-casual games on iOS cost around $1 per download, but rise to $3 -$5 for shopping and e-commerce apps. However, while Facebook can give brands instant scale, influencers add endorsement. Yoke says, “influencers can give brands great psychographic targeting, so you can work with someone who is really into sustainable fashion specifically, rather than a general fashion influencer. Also, different influencers can tell different stories about your brand to their audience, because they know what their audience really wants.”

Fashion and beauty brands were the first to work with influencers, but as the industry evolves, influencer campaigns are becoming part of many consumer brands’ marketing mix, along with public relations and paid media. Consumers are becoming ever more skeptical of traditional advertising and influencer promotion alike. This is why finding the right influencers, who genuinely love your product and have an authentic communication with their audience is key to success in influencer campaigns. This does take more effort than just using follower numbers or pumping money into Facebook, but if you get it right, the results are worth it.