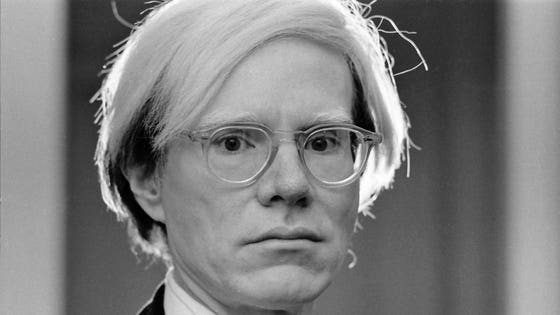 Serebral360° found a great read by Forbes – Entrepreneurs article, “Your Great New Idea Will Probably Get Ignored (Unless You Do This).”

Picture this scenario: You pop out of bed at two in the morning because you have the best idea of your life. Visions of hundred-dollar bills in piles keep you awake for the rest of the right. As the sun rises, you are already working. Despite your lack of sleep, you’re full of energy. Over the next few weeks, you toil feverishly to build your prototype, and it functions even better than you had imagined it would. All that’s left is to bring it to market.

You sign up for every Internet marketing course out there and read every article you can find. You become convinced that once you select your social media platforms and build the right kind of sales funnel, a flood of traffic and attention will descend upon you. You put all the pieces in place, follow the requisite steps, and wait for success.

Then…nothing. Other than a handful of signups and a smattering of orders, no one pays attention to your beautiful creation.

“How could this have happened” you ask yourself repeatedly in the midst of your depression. Everyone else seems to using the same approach as yours, and they’re killing it. Is there something wrong with you?

A False Assumption About Promoting Your Big Idea

If you’re reading a publication like this one, you probably identify with at least a few elements of this not-quite-imaginary tale. When it comes to developing our ideas into offerings, we often focus on originality. However, when we embark on the process of generating demand for these offerings, our fear kicks in. To tamp down our uncertainty, we look to see which tactics, recipes, and social media doohickies everyone else is using and latch onto those. Then, when our unoriginal approaches fall flat, we wonder what went wrong.

That said, human beings are also notoriously reluctant to change and increasingly cynical about being sold to. As such, screaming “look at me” with a bold new approach to marketing has the very real potential to drive customers away before they have a chance to check you out.

It’s a dilemma. Fortunately, we can look to one of the greatest promotional geniuses of all time for an answer—a man who died a decade-and-a-half before practically anyone knew what the Internet was.

When the young Andy Warhol first contemplated making a shift from being a commercial illustrator to a fine artist, he knew the competition would be fierce. At the time, the outsized presence of the Abstract Expressionists (think Jackson Pollack’s splatter paint) on the scene seemed impossible to escape. These larger-than-life painters had successfully made the case that their approach was the only one worth serious consideration. As a result, scads of unknown artists were flooding into New York to try to make it with their own versions of streaks and dots and cubes.

Warhol knew he would never get noticed if he tried to play that game. He assessed his strengths, his quirks, and his interests, and used them to craft his foray into the public arena.

When Warhol first unveiled his paintings of Campbell’s soup cans and sculptures of Brillo boxes, he was widely mocked. The Abstract Expressionists and their followers derided the newcomer for his crassness, questioning whether what he was doing was even art. However, what these one-time radicals missed was that there was a new generation whose upbringing made them ripe for Warhol’s approach.

Young people who were born after the Second World War had grown up with mass market brands in every corner of their lives. To them, billboards and logos were as much a part of the environment as trees and lakes and rivers were to their parents and grandparents. Warhol’s great insight was taking items from this landscape and turning them into art. In doing so, he inverted the very concept of art itself.

Often by the time you decide to use a certain approach to promote your venture, your business, your product, or your service, it is already too late. It may seem safe to use a well-tested system, but if something is so well trodden as to be considered “proven,” there is little chance you will be able to use it to stand out. But at the same time, if you go out into the world with an attention-getting approach that is completely new and unfamiliar, people typically won’t get it, regardless of how groundbreaking it is.

Instead, identify an attention-getting angle that takes familiar tropes and expectations and inverts them. Change one element in a radical way. Alter its typical purpose. Play with its meaning. If you can make that happen, your great new idea will get all the visibility it deserves.